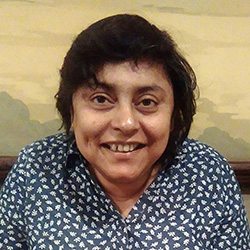 Nandini is the Director of the Scottish Centre for Global History. Her writings have explored the histories of labour, markets, medicine, and the entangled connections of these between the colonial and the global within the British Empire. Her research expertise spans several specialisms: global history, imperial history, history of medicine/science, labour history. Her first monograph is titled Contagion and Enclaves: Tropical Medicine in Colonial India (2012). It studies disease control as a mode of colonial power, governance and intervention in special zones of economic interest and social habitation in colonial India. Her present research, aided by a Wellcome Trust fellowship, examines the history of pharmaceuticals in modern South Asia. This project explores the cultures of knowledge, production and  consumption of therapeutic commodities in indigenous and western medical traditions in modern South Asia. Her forthcoming monograph is titled Disparate Remedies: Making Medicines in Modern India.  Visit her webpage. 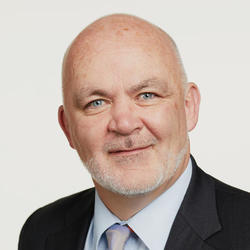 Jim Livesey is an applied eighteenth-century historian. He writes about the cultural, economic, and political conditions that allowed for significant innovation in the eighteenth century. He also works with colleagues in urban development and the creative economy in Dundee to apply insight to transformation. He is currently Dean of the School of Humanities at the University of Dundee, Co-Director of InGame, an AHRC-funded Creative Economy Research and Development Project. His most recent publication, Provincialising Global History, was published by Yale in January 2020.  Visit his webpage. 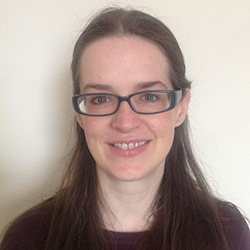 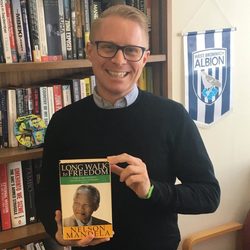 Matt is an historian of modern, sub-Saharan Africa with a particular focus on South Africa. His research interests relate to national liberation movements; nationalism; and the development of post-colonial governance. In 2016 he published his first book, The Crisis of South African Foreign Policy and the ANC: Diplomacy, Leadership and the Role of the African National Congress. Matt is presently working on a project on Palgrave Macmillan’s ‘Contemporary States and Societies Series’ that will explore various aspects of Contemporary Africa. In 2017 Matt was awarded a British Academy Newton Advanced Fellowship along with Dr Lindie Koorts (University of Free State), for the project ‘The Age of Opportunism: Paul Kruger’s Transvaal, 1886-1899‘. The project will include a series of jointly held conferences, seminars, workshops and training sessions in both Dundee and Bloemfontein.  Visit his webpage. 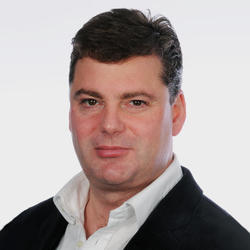 John lectures in history at the University of Dundee, Scotland. After completing a doctorate at Queen’s University Belfast in 1994, Dr Regan became the Irish Government’s Senior Scholar at Hertford College, Oxford. He was later elected to a Research Fellowship at Wolfson College Oxford and later awarded a British Academy Postdoctoral Fellowship. In 1999, he published The Irish Counter-Revolution 1921-36, (Gill & Macmillan). John M. Regan has published extensively in journals including Historical Journal, Irish Historical Studies, History, Journal of Modern History, and Reviews in History. Recent publications include ‘The ‘O’Brien ethic’ as an Interpretative Problem’, Journal of British Studies, 52/4 (Oct. 2013), pp 908-38, and ‘Kindling the Singing Flame: The Destruction of the Public Record Office (20 June 1922) as a Historical Problem’, in Cormack K. H. O’Malley (ed.), Modern Ireland and Revolution: Ernie O’Malley in Context (Newbridge, 2016), pp 107-23. In 2013, John M. Regan published a collection of his journal articles and reviews in Myth and the Irish State: Historical Problems and Other Essays (Irish Academic Press).Visit his website 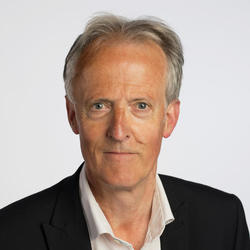 Chris is an historian of early modern Spain, with a particular interest in state (and empire) formation, international relations (armies, diplomacy, war and peace) and the so-called “fiscal-military state”. Chris also retains a strong interest in Italy and specifically, the Savoyard state, which included the territories ruled by the house of Savoy, whose capital was Turin. In 2016, Chris published his most recent monograph, The Spanish Resurgence, 1713-1748, which offers a major reassessment of the leadership of the first bourbon king, Phillip V of Spain (1700-1746). He is currently on working on a number of projects, one of which, will see Chris expand his work on the “fiscal-military state” through an analysis of diplomatic relations between Britain and the Savoyard state during the long eighteenth century.  Visit his webpage. 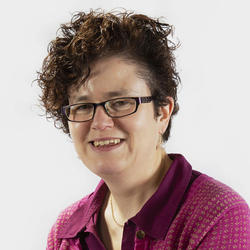 Martine specialises in Dutch overseas expansion during the early modern period, with a specific interest in its implications for political thought and practice. Much of Martine’s research has been centred around the figure of Dutch jurist, Hugo Grotius (1583-1645). In 2006, she published her monograph, Profit and Principle: Hugo Grotius, Natural Rights Theories and the Rise of Dutch Power in the East Indies, 1595-1615 (Brill: Leiden; Boston, 2006), which sought to place the rights and contract theories of Grotius within their immediate historical context. She is currently working on a book project which will examine further the transmission and dispersal of Grotius’ working papers. Recently, Martine organised the Scottish Centre for Global History’s successful graduate student workshop, Writing Global History and Its Challenges.  Visit her webpage. 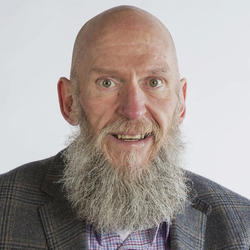 Matt’s research is on early American history with a particular interest in the interactions between European and native peoples in North America. Having been the recipient of an AHRC research grant, Matt is currently working on a book project provisionally entitled, Making the Frontier Man: Manhood, Violence and Order in Early American Backcountry, 1730-1815. This will see Matt explore aspects of law, manhood, and violence in four U.S. states including, Pennsylvania, Virginia, Ohio and Kentucky. Visit his webpage. 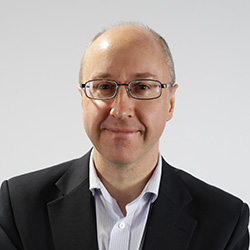 Murray is an historian of modern Russia and his current research deals with the history of crime and policing during the Russian Civil War, considered in the broader context of how states and societies respond to revolutionary transformations.  Moreover, he is also interested in the history of connections between Scotland and Russia, particularly during the twentieth century. Visit his webpage. 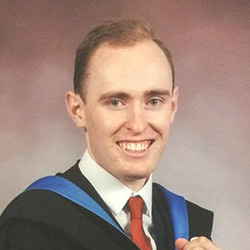 Christopher completed his PhD thesis, The Policing of Black Communities in London Since 1945 in 2018. He was appointed as a post-doc at the University of Free State in South Africa, in 2019. 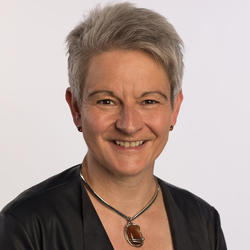 Anja is an historian of nineteenth and twentieth-century France and Germany, with an interest in using transnational comparative analysis to help explain similarities and dissimilarities in governance and cultures of public trust and contention. Furthermore, Anja is also focussed upon interactive relationships between citizens and public authorities, particularly contentious policing, civil liberties activism, public rhetoric and State sanctioned violence. As editor of the history journal Crime, History & Societies, Anja’s main priority is to encourage articles on crime and criminal justice in areas beyond Europe, North America and Australia. She edit The History of Crime and Criminal Justice: Research Agendas for the 21st Century, (Geneva: Droz, 2018) which includes several contributions on crime and criminal justice in Chinese, Indian, Arab, Ottoman and African contexts. Visit her webpage. 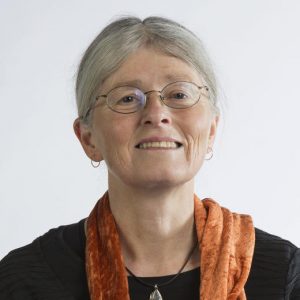 Perry is an historian of modern Italy with a particular interest in Fascism and women’s/gender history. She has published a number of books and journal articles based on her research interests with her latest book, Women in Twentieth Century Italy (Palgrave Macmillan: Basingstoke, 2009), constituting the first book-length overview of Italian women’s experience during this period.  Perry is currently working an AHRC funded collaborative project with Penelope Morris (University of Glasgow), focussed on representations of motherhood in Italy and its diaspora entitled, La Mamma: Interrogating a National Stereotype. Perry is also researching the history of the Fasci Femminili, with a specific focus on female hierarches at a regional and national level. Perry was invited as a plenary speaker at the 17th triennial Berkshire Conference on the History of Women, Genders and Sexuality to be held at Hofstra University in June 2017. Visit her webpage. 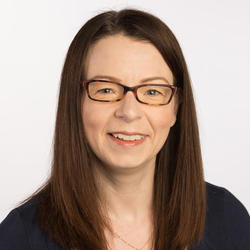 Zoe’s research focusses on post-World War Two America, with a particular interest in the civil rights movement in the American south and, race and the criminal justice system. Zoe published her monograph, Ain’t Scared of Your Jail: Arrest, Imprisonment, and the Civil Rights Movement (University Press of Florida: Gainesville), in 2012. This book has subsequently been nominated for a multitude of awards, including the prestigious Lillian Smith Book Award. In 2014 Zoe was awarded an Arts and Humanities Research Council Fellowship, which will allow her to work on a monograph on the intersections between the criminal justice system and African American activism during the 1950s, 1960s, and 1970s. As part of this fellowship, Zoe organised two events at the University of Dundee entitled, Hearing the Hidden Voice: Researching Prisoners’ Lives and Perspectives and The Political Prison: Incarceration, Dissent, and Penal Regimes. Visit her webpage. 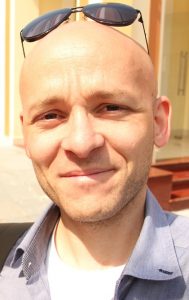 Sami is currently a Ph.D. candidate at the University of Dundee. His research interests focus on the intertwined nature of oil and politics in shaping the global order by dictating government policy. The primary focus rests on Iran and the Middle East and the effects and ambiguities of British and US imperialism on its political and democratic trajectory in the twentieth century.