The Centre is delighted to welcome Professor Sanjay Sharma (Ambedkar University, Delhi) as the Leverhulme Visiting Professor in 2021/22. Professor Sharma is a historian of colonial India, specialising in famine policy and philanthropy in the 19th and 20th centuries. The Leverhulme grant awarded to Dr Nandini Bhattacharya and Professor Sanjay Sharma will enable the School and the Scottish Centre for Global History to access expertise in the study of international welfarism, philanthropy, and state policy in the global South. Professor Sharma will present research seminars and engage with UG and PG students on the themes of economic and cultural history, development strategies in the global South, and on reading archives from the global South during his tenure here. He will also give public lectures on similar themes to a wider audience.

Below are some of the more recent publications by members of the history faculty at the University of Dundee:

Over this academic year, the Scottish Centre for Global History (SCGH) and the Centre for Scottish Culture (CSC) will be holding a number of online research seminars. For more information and if you would like to attend any of the below seminars please contact:

NB: In accordance with Scottish guidelines, the wearing of masks throughout the presentation is compulsory and you will not be allowed to enter the building without a face covering.

2) We are delighted to announce that Professor Sanjay Sharma, Leverhulme Trust Visiting Professor, will be holding his first seminar on 20th October entitled From Charity to Philanthropy: The Transformation of State Welfare in Modern India. The paper examines the roots of state welfarism in modern India through the prism of famine relief in colonial north India from the nineteenth century. 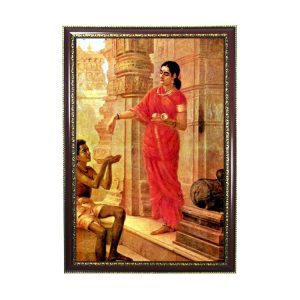 Before the colonial era, almsgiving was considered a religious, social and political obligation for local elites and rulers that enhanced and sustained their legitimacy. During the nineteenth century, the colonial state became an agent of a complex transformation of indigenous charitable practices and notions of benevolence and charity. The practices and principles of ‘native charity’ were depicted as desultory, arbitrary and personal, while responses of the colonial authorities were presented as rational, organised and institutional. The contrast was heightened in times of famine when the colonial state was drawn into the web of obligations and duties towards its starving subjects. This led to detailed reports on famines and the famine codes for relief in the later decades of the nineteenth century when a number of severe droughts and famines led to widespread deaths and disease. State relief was driven by humanitarian and pragmatic concerns while being marked by suspicion of misuse of government charity by the undeserving and fear of encouraging indolence among the relief-seeking paupers. The imprint of the debates around the New Poor Law (1834) and of Victorian England on these ideas of relief in the colonial context are palpable. By offering relief on ‘works of public utility’ like roads, railways and canals, and the institutionalisation of famine relief, the colonial state claimed to be the ultimate source of welfare and true munificence. In the process it came to be endowed with new duties and responsibilities towards the subject population that it strove to restrict, revealing the limits of colonial welfare. Claims of benevolence allowed the colonial state and the market a more interventionist role leading to Indian society’s expectations from and ‘enchantment’ with the capacity of the state for welfare in post-independence times also.

3) We are delighted to announce that Dr Sascha Auerbach, lecturer in Modern British and Colonial History at the University of Nottingham, will be presenting a seminar on 27th October entitled Not Fit for the Enjoyment of Freedom: Amelioration and the Origins of the Overseer State in the British Empire, 1812-1834.

1) We are pleased to announce the first SCGH and CSC research seminar in which Professor Graeme Morton will be presenting his latest research from his new book entitled Weather, Migration and the Scottish Diaspora: Leaving the Cold Country. The study seeks to answer why large number of Scots left a temperate climate to live permamently in parts of the world where greater temperature extreme was the norm. 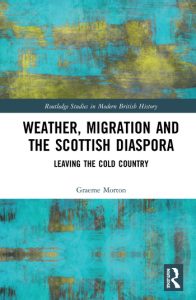 The long nineteenth century was a period consistently cooler than now, and Scotland remains the coldest of the British nations. Nineteenth-century meteorologists turned to environmental determinism to explain the persistence of agricultural shortage and to identify the atmospheric conditions that exacerbated the incidence of death and disease in the towns. In these cases, the logic of emigration and the benefits of an alternative climate were compelling. Emigration agents portrayed their favoured climate in order to pull migrants in their direction. The climate reasons, pressures and incentives that resulted in the movement of people have been neither straightforward nor uniform. There are known structural features that contextualize the migration experience, chief among them being economic and demographic factors. By building on the work of historical climatologists, and the availability of long-run climate data, for the first time the emigration history of Scotland is examined through the lens of the nation’s climate. In significant per capita numbers, the Scots left the cold country behind; yet the ‘homeland’ remained an unbreakable connection for the diaspora.