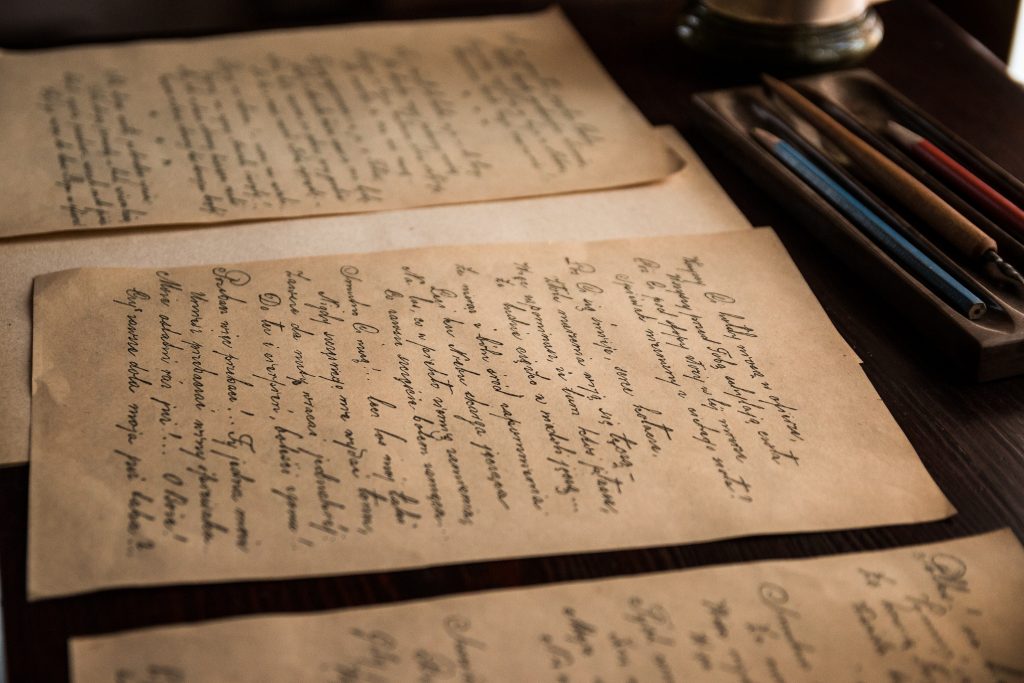 Below is a collection of open-access archives and databases related to global history. Resources are broken-down by theme and area-studies and range from the 16th century to present day, they contain diverse collections of free primary and secondary materials. This repository is constantly being updated, so if you know of an open-access resource that is missing and is a good fit for this space please share it with us by contacting the centre via our email SCGH@dundee.ac.uk.

Additionally, for a more extensive repository, we recommend visiting the Institute of Historical Research’s (IHR) Open Access Materials for Research page. In light of the impact that the COVID pandemic is having on the work of researchers, IHR have complied an array of open-access primary and secondary research materials.

AODL provides free universal access to cultural heritage materials from and about African countries and communities. It brings together tens of thousands of digitized photographs, videos, archival documents, maps, interviews and oral histories in numerous African languages, many of which are contained in curated thematic galleries and teaching resources.

The archives (and digitised archives) held in custody for the wider community within Historical Papers are extensive and provide a unique documentary record of South African history and society from the 18th to the late 20th century. The collections housed at Historical Papers include diaries, letters, memoranda, reports, minute-books, press clippings, pamphlets, photographs, drawings, oral interviews, trial transcripts and financial, legal and personal documents.

SAHA is an independent human rights archive dedicated to documenting, supporting and promoting greater awareness of past and contemporary struggles for justice through archival practices and outreach, and the utilisation of access to information laws. Established by anti-apartheid activists in the 1980s, SAHA was closely connected in its formative years to the United Democratic Front, the Congress of South African Trade Unions and the African National Congress. SAHA is now politically non-aligned, committed to:

The liberation of Southern Africa and the dismantling of the Apartheid regime was one of the major political developments of the 20th century, with far-reaching consequences for people throughout Africa and around the globe. This collection focuses on the complex and varied liberation struggles in the region, with an emphasis on Botswana, Mozambique, Namibia, South Africa, and Zimbabwe. It brings together materials from various archives and libraries throughout the world documenting colonial rule, dispersion of exiles, international intervention, and the worldwide networks that supported successive generations of resistance within the region.

The Nelson Mandela Foundation has in its custody an archive of the life and time, works and writings of its Founder, the late Mr. Nelson Mandela. The physical collections include the handwritten papers, official records and unique artefacts from the personal archive of Nelson Mandela in addition to records from the Office of Nelson Mandela after his retirement as President of South Africa in 1999, and the records of related significant organisations and individuals.

Compiled and authored by Padraig O’Malley, the archive is the product of almost two decades of research and includes analyses, chronologies, historical documents, and interviews from the apartheid and post-apartheid eras.

The British Cartoon Archive is dedicated to the history of British cartooning over the last two hundred years. The BCA holds the artwork for over 200,000 British editorial, socio-political, and pocket cartoons, supported by large collections of comic strips, newspaper cuttings, books and magazines.

British Documents on the End of Empire (BDEEP)

BDEEP is the online platform for the British Documents on the End of Empire Project (BDEEP). Documents range from colonial dispatches, to different governments’ colonial policy as well as public records from various departments of state in relation to empire. Geographically, the platform has collections on Sri Lanka, Fiji, the Middle East and significant collections on the empire in Africa.

Throughout the 19th century, pamphlets were an important means of public debate, covering the key political, social, technological, and environmental issues of their day. 19th Century British Pamphlets, created by Research Libraries UK (RLUK), contains the most significant British pamphlets from the 19th century held in research libraries in the United Kingdom.

Many will already be familiar with the National Archives (online), their website has extensive resources and digital materials for the global historian to explore and employ in their research.

This digital project is run from Queen’s University, Belfast. The site exhibits items connected to the history of imperialism and resistance in Northeast Asia in the late nineteenth and early twentieth centuries. Items illustrate geopolitical rivalries, imperialism, nationalism, revolution and war.

Primary and secondary sources relating to the British presence in Patagonia, including census information, migrant data, church records, personal journals, commercial records and much much more.

The collection contains over 1,000 titles from Mexico’s pre-independence, independence and revolutionary periods (1807-1929), the newspapers in this collection provide rare documentation of the dramatic events of this era and include coverage of Mexican partisan politics, yellow press, political and social satire, as well as local, regional, national and international news.

Easy to navigate database of economic data from Latin America since the late nineteenth century to 2010. Available data includes specific commodity prices, education, population, industry specific data, internal and external trade, public finances and financial data – and much more. Statistics related to Latin America as a whole and to individual countries are available. Sometimes this site goes down so it is worth searching “MOxLAD database” in an online search engine if the link does not work.

Archive project collecting the political periodicals during the early twentieth century in Curtiba, Brazil. Useful for researchers interested in the political developments of the city.

Archivos de la Resistencia has historical documents from social movements, organizations, and combatant groups who survived the political repression by the Mexican State (1960-1992).

Archivos de la Represión comprises documents that outline the State surveillance and violence perpetrated by the Mexican government between 1940 and 1980.

The African Activist Archive is preserving and making available online the records of activism in the United States to support the struggles of African peoples against colonialism, apartheid, and social injustice from the 1950s through the 1990s. The website includes:

The AAMA is an online archive with thousands of documents, images and materials related to the Anti-Apartheid Movement (AAM) in Britain throughout the 20th century. It covers the AAM’s activities in relation to South Africa and Southern Africa, as well as documenting its various national and international campaigns.

South Asia Open Archives is a free open-access resource for research and teaching – a rich and growing curated collection of key historical and contemporary sources in arts, humanities and social sciences, from and about South Asia, in English and other languages of the region. SAOA’s collection currently contains hundreds of thousands of pages of books, journals, newspapers, census data, magazines, and documents, with particular focus on social & economic history, literature, women & gender, and caste & social structure.

A Medical History of British India

A Medical History of British India consists of official publications varying from short reports to multi-volume histories related to disease, public health and medical research between circa 1850 to 1950. These are historical sources for a period which witnessed the transition from a humoral to a biochemical tradition, which was based on laboratorial science and document the important breakthroughs in bacteriology, parasitology and the developments of vaccines in a colonial context.

The 1947 Partition Archive is a non-profit non-governmental organization dedicated to institutionalizing the people’s history of Partition through documenting, preserving and sharing eye witness accounts from all ethnic, religious and economic communities affected by the Partition of British India in 1947; collecting, preserving and sharing personal items and artifacts associated with the people’s memory of the 1947 Partition; and bringing knowledge of Partition into widespread public consciousness.

At the core of the completed project is this online Encyclopedia of British Slave-ownership containing information about (1) every slave-owner in the British Caribbean, Mauritius or the Cape at the moment of abolition in 1833; (2) all the estates we have identified in the British Caribbean in the period 1763-1833; and (3) all the slave-owners, attorneys, mortgagees and legatees we have identified to date for the estates between 1763 and 1833. Entries for individuals include information about the activities, affiliations and legacies of these men and women, with a particular emphasis on the “absentee” owners based in Britain.

The Trans-Atlantic and Intra-American slave trade databases are the culmination of several decades of independent and collaborative research by scholars drawing upon data in libraries and archives around the Atlantic world. The new Voyages website itself is the product of three years of development by a multi-disciplinary team of historians, librarians, curriculum specialists, cartographers, computer programmers, and web designers, in consultation with scholars of the slave trade from universities in Europe, Africa, South America, and North America.

The Town Clerk’s Office in South Kingstown, Rhode Island holds records dating back to the late seventeenth century chronicling the social relations and material culture of this early American town. Moreover, they document the existence of enslaved people. Traces of these individuals remain in probate records, where human beings were assigned value and treated as property.

Age of Revolutions is an open-access, peer-reviewed academic journal. Contributors and authors to the site participate in the humanities, surveying revolutionary changes in history, encouraging the comparative study of revolutions, and exploring the hopes imbued in the term “revolution.” Additionally, for those a rush, they have a suggested reading time to accompany each article to help you manage your time for efficiently.

The French Revolution Digital Archive is a multi-year collaboration of the Stanford University Libraries and the Bibliothèque nationale de France to produce a digital version of the key research sources of the French Revolution and make them available to the international scholarly community. The archive is based around two main resources, the Archives parlementaires and a vast corpus of images first brought together in 1989 and known as the Images de la Revolution française.