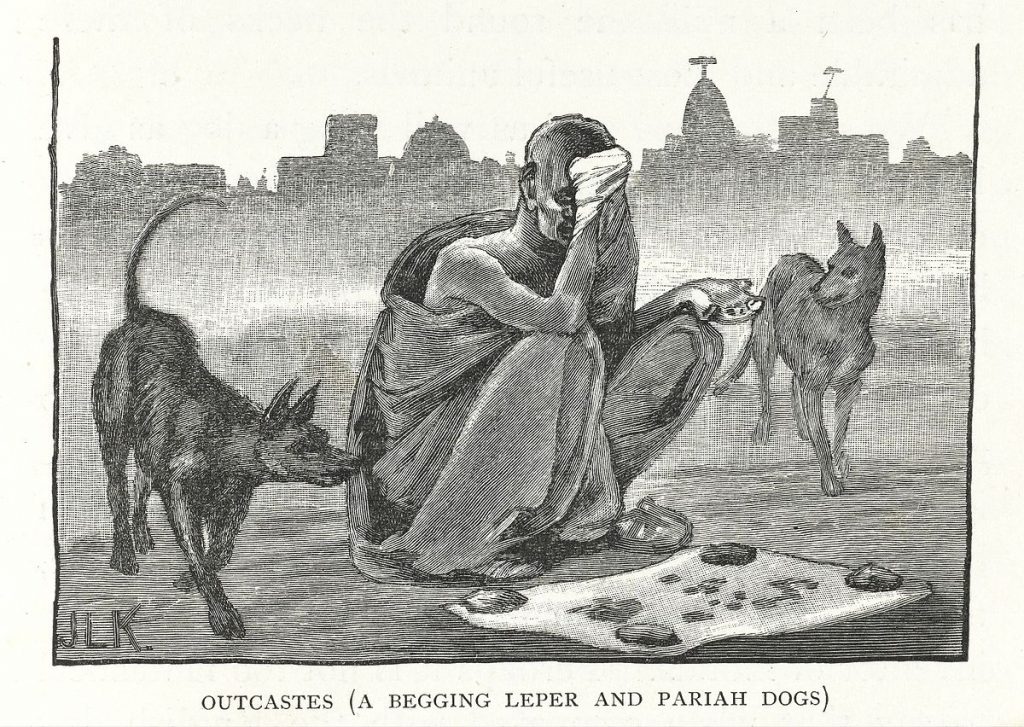 Home   »  Global History Blog   »   The Pariah and the Jew: A Comparative History

The Pariah and the Jew: A Comparative History

Max Weber begins his treatise Ancient Judaism with the following comparativist premise: “The problem of ancient Jewry, although unique in the socio-historical study of religion, can best be understood in comparison with the problem of the Indian caste order.”[1] Weber’s premise of studying Jewish religious history in comparison with the caste order in India was indicative not only of his foundational work in the sociology of religion, but it also inaugurated the practice of what might be called a comparative history of minoritized groups. So far as studies of the history of the “untouchables” of the Indian caste order are concerned, the explanatory reference to other world-historical minorities like the Jews and the African-Americans constitute an all too frequent recourse.[2] Thus, Weber’s emphasis on “the problem of ancient Jewry” as both unique and amenable to a comparative study is not wholly unprecedented, even if it marks a highly consequential departure in western historiography of Judaism.

Weber continues with this premise and writes that “[s]ociologically speaking the Jews were a pariah people, which means, as we know from India, that they were a guest people who were ritually separated, formally or de facto, from their social surroundings.”[3] Here, Weber makes another consequential move in using the term ‘Pariah’ not merely as the name of an excluded untouchable group situated in Southern India but as an adjective to describe another minoritized group in world history.

However, what is less apparent in Weber’s text is the way the caste name ‘Pariah’ became unproblematically canonized in western historiography as a (mere) metaphor for revulsion and ostracization. Rupa Viswanath crucially notes that “Pariah is a cruel word… Casually employed by journalists and others for whom it is just a metaphor—often in reference to a person or state that deserves to be reviled—it is a word that causes the descendants of those it once named to visibly wince.”[4] Arguably, the burgeoning metaphorical usage of the ‘Pariah’ in the western world beginning from the nineteenth century has not implied a critical effort to think about the cruel reality and history that this word signifies in the context of caste oppression in India.

Hannah Arendt’s essay titled “The Jew as Pariah: A Hidden Tradition” continues with this new metaphorical usage of the name ‘Pariah’ that was inaugurated by Weber in the tradition of western socio-political thought.[5] In Arendt’s usage, the name ‘Pariah’ does not merely remain an empirical reference to the untouchable caste group called the ‘Paraiyars’ in Southern India. Arendt’s usage of this caste name continues with Weber’s comparative method in utilizing the logic of caste and untouchability to make sense of the minoritization of the Jews, albeit Arendt’s focus is strictly on modern Europe.

Further, Arendt’s usage extracts the ‘Pariah’ from its earlier nominative social-historical meaning towards signifying what she calls “the concept of the pariah as a human type”.[6] Here, Arendt follows and betrays Weber’s usage, first citing Weber’s description of the Jews as a “guest people” in the essay, and then presenting four typifications of what she terms “Jewish pariah mentality” in the figures of Heinrich Heine, Bernard Lazare, Charlie Chaplin, and Franz Kafka in the context of modern Europe.[7] Her decidedly “conceptual” usage of the ‘Pariah’ takes on the dimension of an ‘outcast existence’, defined as a universal human condition that may afflict oppressed groups in any totalitarian regime.

Arendt causes another significant departure from the Weberian description, marked in her emphasis on the creative role of the Jew as Pariah. Citing the example of Heine, Arendt writes about “the essential kinship of the pariah to the poet—both alike excluded from society and never quite at home in this world”.[8] Arendt’s commentary upon the literary and artistic work of such figures as Heine and Kafka, Chaplin and Lazare constitutes her demonstration of the Jewish-Pariah capacity of creative genius even and especially within the prejudicial and genocidal context of modern Europe.

What is most striking in Arendt’s usage of the ‘Pariah’, however, is her argument about the possibility of freedom within an outcast existence. It is here that her lack of historical sense regarding the caste name ‘Pariah’ reveals its utmost limit. She writes, “those [Jews] who deemed the price [of assimilation] too high could still remain mere pariahs, calmly enjoying the freedom and untouchability of outcasts.”[9] As Judith N. Shklar has perceptively noted, Arendt viewed herself in the position of a voluntary pariah rather than the assimilated parvenu.[10] This self-image could be held as being responsible for Arendt’s thoughtless usage where the ‘calm enjoyment’ of freedom is positively corresponded with untouchability, a notion so far removed from the actual sufferers of untouchability in the Indian subcontinent. Arendt’s words stand in stark contrast to the following view of B.R. Ambedkar who categorically stated that “Untouchability is an infliction and not a choice.”[11]

Author’s Bio: Ankit Kawade is an MPhil candidate at the Centre for Political Studies, Jawaharlal Nehru University, New Delhi. He is currently writing his dissertation on the reception of the Laws of Manu in the works of F.W. Nietzsche and B.R. Ambedkar.