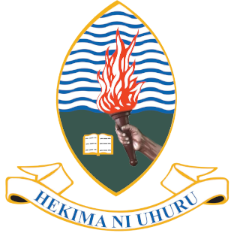 On November 13th, 1970, The Standard, a major Tanzanian English-language newspaper, published an article detailing tumultuous events at the University College, Dar es Salaam. A group of radical students organizing as the University Students African Revolutionary Front (USARF) had been shut down by the government, and their journal, Cheche, was ordered to cease publication. The students were told that because the name Cheche—meaning “spark” in Swahili—was derived from Lenin’s publication Iskra, their journal encouraged the building of “‘Russian socialism’ and not true ‘Tanzanian socialism.’” USARF and the journal were seen as threats to the African socialist project of ujamaa, based on ideas of self-reliance and family-hood and led by Tanzania’s first president, Julius Nyerere. Although they represented a small portion of the student body, the tumult caused by USARF and Cheche symbolized a struggle between Marxist interpretations of socialism and the African socialism of the ujamaa state. The growing conflict between the state and students demonstrated the power that student publications held in articulating radical socialist ideals. Although Nyerere participated in campus debates with radical students and was invigorated by the anti-imperialist student work he had observed, eventually the organization’s Marxism resulted in its shutdown by the state.[2]

Founded eight weeks before Tanzania gained independence in 1961, the University College, Dar es Salaam was moved to its present location in 1964—a lush hilly area six miles from the town center. The state envisioned the university as a site for training an elite class of Tanzanians. Nyerere saw the institution, which would become known as the Hill, as a training site for civil servants.[3] Despite the best intentions of the state, radical politics would soon become a larger part of the university’s culture.[4]

The Arusha Declaration made in February 1967 shifted the sands of the university’s politics. The policy statement made by Nyerere underscored Tanzania’s commitment to ujamaa within a framework of collective ownership of land, motivating faculty and students to consider the role of the university in a socialist Tanzania.[5] The ujamaa program of African socialism allowed for the building of Tanzanian national identity even as it set the nation apart as non-aligned in a Cold War world. As a student group that hewed closer to “scientific socialism,” USARF came to challenge the perceived gaps between ujamaa ideology and practice with a spirit of healthy debate.[6]

Founded as the Socialist Club in 1967 shortly after the Arusha Declaration, USARF was active until its banning in 1970 and the subsequent termination of Cheche. The group included students from across East and Southern Africa, with members from Tanzania, Uganda, Malawi, Ethiopia, and Northern Rhodesia.[7] USARF thus constituted a hub for students across East and Southern Africa. Many of the University faculty were also from outside Tanzania, hailing from Europe, North America, East Africa and the Caribbean. These included radical scholars like Walter Rodney, Grant Kamenju, and Giovanni Arrighi, many of whom participated in USARF and Cheche.[8]

USARF members organized lectures and teach-ins, and generally created a space for students to debate Marxist theory and praxis. Students brought guest lecturers to campus like Black Power leader Stokely Carmichael and Marxist scholar C.L.R. James. Beyond its lectures, the organization held an ideological school with classes on Sunday mornings. Cheche, launched by USARF in November 1969, emerged from this vibrant ideological world on the university campus.

Students were drawn to USARF and the greater campus by its revolutionary fervor. In his article “Activism at the Hill,” Yoweri Museveni, who would later become (and remains) president of Uganda, describes his experiences as a student member of USARF. The article, published in Cheche’s second issue, describes both Museveni’s personal experiences at the university and the role of USARF as a “revolutionary student organization.”[9] Museveni asserts he did not come to the university for the “academicians”, but instead was attracted to Dar es Salaam due to its “atmosphere of freedom fighters, socialists…anti-imperialism.”[10] He thus links the burgeoning radicalism at the university to the surrounding atmosphere of liberation movements in Dar es Salaam.

While short-lived, Cheche represented a critical site for the articulation of radical socialist ideals. The journal’s creation aligned with a period of political agitation on the university campus. Cheche linked socialist students at Dar es Salaam and global Black revolutionaries, from those struggling against colonialism and apartheid in southern Africa, to Black Power activists battling white supremacy in the United States. Even as USARF faced termination, the organization did not lose its revolutionary zeal—its final essay stated, “Revolutionary ideas never die, that is our stand.”[11] The group thus pointed to the intellectual longevity of their project. After it was terminated in 1970, the spirit of Cheche lived on in Maji Maji, which tackled liberation movements, socialist theory, gender politics in its forty-six issues, ending publication in 1986.

Author’s Bio: Yasmina Martin is a doctoral student studying African History at Yale University. She is researching the histories of Southern African liberation movements in exile in Tanzania, and her broader interests include African Socialism, Black Internationalism and histories of decolonization in 20th-century Africa.

[2] For more on the conflicts and contradictions between scientific socialism and Ujamaa, see Julius Nyerere: The Making of a Philosopher Ruler, Saida Yaidya-Othman (2020), 264-267.

[4] The state encouraged civil service through a National Service program in 1966—but when its voluntary basis changed to compulsory, students protested the salary cuts and military service required by the program. For more on the National Service program, see Saida Yahya-Othman, A Biography of Julius Nyerere: The Making of a Philosopher Ruler, pp. 242-246 (2020) and Andrew Ivaska, Cultured States, Chapter 3 (2011).

[6]  “Class Struggles in Tanzania” by Issa Shivji (1970) first published via Che Che and then released as a monograph in 1976, represents an early critique of ujamaa from a left standpoint.