Home   »  Global History Blog   »   The Chinese Diaspora and the State: Drug Policy in the Spanish and American Colonial Philippines

The Chinese Diaspora and the State: Drug Policy in the Spanish and American Colonial Philippines

Contemporary drug laws in the Philippines are primarily associated with the draconian policies of the current government. However, long before Duterte, the United States took control of the Philippines following the Spanish-American War and instituted drug regulations that were also quite strict by their standards of their colonial contemporaries. The end of the Spanish monopoly system on opium and the beginning of the ban of the American colonial era thus set a precedent for strict prohibition which has clearly endured to this day. A little-studied factor in colonial drug policies is the relationship between the colonial state and the Chinese diaspora of the Philippines, which underpinned the respective rationales of the Spanish and US governments.

After initial restrictions on Chinese immigration to the Philippines and a ban on opium smoking, the Spanish relented and established a monopoly system selling opium to Chinese to generate colonial revenue.  For most of the duration of the opium monopoly system in the northern Philippines, the southern Philippines had been either independent of Spanish rule or too unstable for the enforcement of regulations on opium consumption. Once the conflict had subsided somewhat in the mid-1890s, Spanish authorities turned their attention to the possible regulation of Chinese consumption of opium in Mindanao and Sulu as well. In 1893, the Spanish provincial governor of Sulu proposed the institution of a tax on Chinese opium smokers in the region.[1]  In July 1896, his successor wrote to the governor-general of the Philippines on the subject of general taxation for the province. In light of the instability of the area, Sulu had evidently been free of the taxes imposed elsewhere in the Philippines in an attempt to stimulate economic development of the newly conquered province.  The governor recommended that as there “exists here a numerous Chinese colony, which is the element that really enjoys the benefit of the advantages flowing from the present free-port conditions…It is, therefore, expedient to impose upon all Chinaman [sic] residing in the Sulu territory the obligation to pay the same taxes as are paid by those of the same race in other parts of the Philippines.”[2] In particular “there should be imposed a tax upon smokers of opium and upon the importation thereof. This tax would be a source of revenue of some consideration.”[3]  The tax appears to have been instated following the provincial governor’s recommendation. Approximately a year later in September 1897, the head of the Treasury Division of Indirect Imposts wrote to the Philippines governor-general on the same subject, recommending the continuation of the tax on opium.[4] The question of taxation in the southern Philippines was soon overshadowed by the outbreak of rebellion against Spanish rule elsewhere in the islands, and rendered moot by the US conquest of the Philippines in 1898.

Due to concerns regarding the spread of opium smoking from the Chinese community in the Philippines to the majority Filipino population, American Governor-General William Taft eventually proposed a return to the Spanish monopoly system that catered strictly to Chinese consumers. This provoked a great deal of religious opposition, mainly driven by Protestant missionaries. Taft subsequently created the Philippines Opium Committee to determine the optimal way to regulate the substance. The Committee’s findings illuminate the colonial state’s views on the Chinese diaspora and in turn their effect on narcotics regulations.

In discussing the state of opium consumption in the Philippines, the Committee’s report asserted a link between Chinese immigration to the Philippines and the spread of the ‘opium habit’ among the Filipino population. The report briefly discussed the medical debate of the time regarding the susceptibility of various ethnic groups to the effects of opium and other narcotics.[5] The Committee was ambivalent regarding the common belief that the Chinese could moderately consume opium with relatively little to no physical problems, as the religious beliefs of the majority of the members dictated that recreational consumption was morally wrong regardless of the physiological results. Their conclusions were nonetheless adamant that the physical effects of opium smoking on Filipinos and other nationalities of Malay ethnic origin were catastrophic, and that “there is no reason to suppose that prohibition would be effective among the Filipinos, if permission should be the rule among the Chinese.”[6] The Committee therefore considered the primary threat to preventing narcotics consumption among Filipinos to be the presence of Chinese opium smokers intermingling with the indigenous population, and claimed that “as long as the present Chinese exclusion act continues in force, there can be no influx of opium smokers from without.”[7]  In the Committee’s mind, this necessitated not only the extension of the Chinese Exclusion Act but the prohibition of opium for the entirety of the Philippines, further precluding a return to the Spanish system of legal opium smoking for the Chinese only. 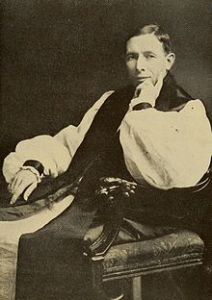 The relationship between the colonial state in the Philippines during the nineteenth and early twentieth centuries and the Chinese diaspora strongly influenced drug regulations. Despite initial strictures, the Spanish came to view Chinese consumers of opium as a source of necessary colonial revenue. In spite of operating under similar fiscal constraints, the American colonial state considered Chinese opium smokers to be a threat to the Filipino majority, necessitating banning the substance and restricting the numbers of its primary consumers. The long-term consequences of this colonial legacy of prohibition are evident in the controversial enforcement of drug laws in the Philippines today.

Eva Ward is a PhD candidate at the Centre for the Social History of Health and Healthcare, University of Strathclyde. Her doctoral research is part of the Wellcome Trust-funded project The Asian Cocaine Crisis: Pharmaceuticals, consumers & control in South and East Asia, c.1900-1945, focusing on the case study of the Philippines. Twitter: @EvaWardStrath

[1] N. Saleeby, The History of Sulu, Appendix XVIII: Regulations relative to taxes and imposts on natives and immigrants in Sulu: Office of the Governor-General of the Philippines, Manila, July 31st, 1896 (Manila: Bureau of Printing, 1908).

[4] N. Saleeby, The History of Sulu, Appendix XVIII: Regulations relative to taxes and imposts on natives and immigrants in Sulu: Office of the Intendant-General of the Treasury Division of Direct Imposts, Manila, August 6th, 1897. (Manila: Bureau of Printing, 1908).