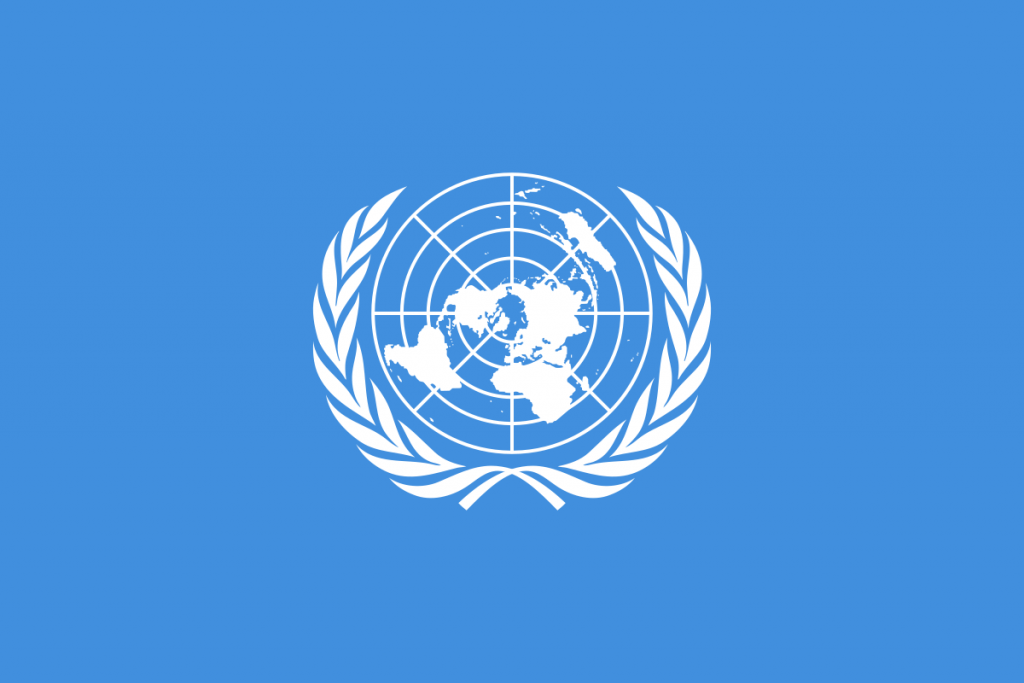 Is the UN Failing?

With modest space one is inclined to the discursive, but at the same time this essay will seek to present robust academic evidence for the opinions expressed. As a point of reference, one notes a recent monumental study of the UN,  often-consulted in this essay (Daws and Weiss, 2018). As the writer has for many years been something of a UN “insider,” one must also preface this essay with an honest disclosure of at least a limited conflict of interest. Moreover, as the author has primarily served in the dusty field, even with this frank admission, there is a sense in which he has often felt a “bit player” in the UN’s “Ministry of Propaganda,” well acquainted with the necessity of reporting back “difficult events” when really he would like to disclose “human crises” and softening press releases to avoid the displeasure of member states.[1]

On the other hand, the writer has discreetly pushed the envelope of diplomacy as far as it would open, and has invariably been sufficiently remote from HQ that candid speaking was sometimes our greatest strength.[2] In the limited space available, we should also put reasonable demarcations on what we can achieve. For convenience, we might organize this essay with some examples of success, and for balance, with troubling instances of failure. We will then consider if in the round, “the successes outweigh the mess”, as the late esteemed and former Secretary General once remarked (Annan, 2012).

As an insider, one must confess (without bias) the writer is oftentimes amazed at just how much the UN achieves, and detects a large modicum of success even in the UN’s supposed failures, as poignantly remarked by one of its senior peacekeeping officials (Urquhart, 1991). Moreover, when things did go embarrassingly wrong one is reminded of the apt quip, “The UN has failed- haven’t we” for generally it has been the inaction, late action or parsimonious behaviour of the member states which led to “mission creep” rather than the UN boots-on-the-ground leading the operations.[3] And unlike a former US secretary of State who outside UNHQ allegedly asked (and answered his own question), “how many work here, I guess about half?” My experience with UN officials has been of dedicated and hardworking international professionals, doing their best to make a global ideal a reality, despite the malign efforts of their own governments. [4]

So, of singular successes in seventy-five years of effort, one thinks of democracy and peacekeeping, combating world hunger and promoting global health, and (above all) the absence of further world war as all truly noble achievements (Egeland, 2008). The UN often finds itself maligned for indecision when its diplomats are only as strong as the UNGA/SG resolution that puts them in the field. Mighty “UN gains” were celebrated on UN Day in 2015 and a beautifully crafted story forms an outline for this review (Time History, 2015). Some undoubted positives that come to mind begin with the protection of world heritage as shown impressively in UNESCO’s sparing of the Egyptian pyramids.[5] In health, the WHO in 1980 eradicated smallpox, after thirteen years of remarkable effort.[6] In 1987 UNEP began efforts which came to fruit in the Montreal Protocol- still hailed a landmark success in environmental protection.[7] UNICEF have by now saved an amazing 100 million children.[8] On arms control, while the Treaty on Non-Proliferation of Nuclear Weapons did not eradicate them, it achieved a breakthrough from major world powers, which the UN has successfully sustained.[9]

As for the failures, the UNO certainly could not stop war or protect the millions killed or displaced since 1945 but this has mostly been down to the veto of five countries. The UN’s failings were outlined candidly in a recent international media review (TRT World, 2018), which provides a useful skeleton for this discussion. The themes are depressingly familiar, only the personalities and events change. Israel still controls most of historic Palestine, cripples Gaza and builds illegal settlements in face of UN resolutions. Indeed, the USA (itself a permanent member) has frequently squashed UNSC resolutions protecting Palestinians.[10] Then one thinks of the disputed Kashmir region, we must accept a historic human rights atrocity of death, torture, and disappearances of Kashmiris, in face of UN resolutions.[11] The UN also failed modern-day Cambodia by leaving a regime of genocide between 1975-1979, killing some two million people. Indeed, the UN recognized the Khmer Rouge regime, despite all.[12] In Somalia, in face of a decades-long civil war, the UN peacekeeping missions, UNOSOM I & II, which started delivering humanitarian aid in 1992, achieved so little. Indeed, it could be said that UNOSOM’s failure therefore caused some 500,000 civilian deaths. [13] Then in Rwanda, ethnic genocide commenced in 1990; Hutus brutally murdered 800,000 Tutsi people  and raped 250,000 women in Rwanda while weak UN troops were “like spectators to horror”.[14] Again, in Bosnia some 8,000 Muslim men and boys were executed by Bosnian Serbs at Srebrenica in July 1995, the worst European atrocity since WWII. [15]  Many of the Muslim victims had fled to the UN-declared” safe zone“ in Srebrenica seeking help from Dutch troops incapable of protecting them. In Darfur, 200,000 people were murdered, five million still need food aid and almost three million were uprooted. It took four years for the UN to muster a mission, and despite UN supervised elections, Darfur has been no gleaming success.[16]  Over a million Iraqis have died since the US-led invasion in 2003. UN Resolution 1483 sanctioned invasion under the dubious assertion that Saddam’s regime possessed WMD’s.[17] The entire UN operation erupted in the bombing of the UN at Baghdad’s Canal Hotel, which claimed the lives of over thirty UN staff including their Chief, one of the UN’s best ambassadors (Power, 2008). Then in Syria the UN Security Council tried to pass several resolutions to address the conflict, but Russia utilised its veto power at least a dozen times to protect its ally, President Assad.[18]  Syria’s conflict alone had, by the end of last year, forced 8 million people to flee, at least a third of the global refugee population; with an equal number of Syrians left internally displaced.

In Yemen, where all-out conflict erupted in 2014 between forces loyal to the internationally-backed government of President Abd Rabbu Mansour Hadi (supported by Saudi Arabia) and (Iranian-funded) Houthis – events turned still more violent after a Saudi-led international coalition started maneuvers against Houthis in March 2015. The UN has failed in the delivery of humanitarian aid to Yemeni civilians amid a blockade imposed on a desperate war-torn country.[20]

In Myanmar, in August 2017, the military implemented a massive crackdown on the Muslim ethnic minority, killing about 25,000 civilians and forcing 750,000 others, including women and children, to flee to Bangladesh. China backed Myanmar on the Rohingya crisis by blocking action at the UN Security Council, and even the famed Aung Suu Kyi has consequently lost much international respect. The UN has described the Rohingya as the “world’s most persecuted people” but has done pitifully little to protect them.[21]

In conclusion, writing in 2021, the UN emerges as the proverbial curate’s egg with its mixture of success and failure. However, the performance of the organization must be directly measured against the sincerity of the member states. One is forced to conclude that the UN can only be as effective as its decision-making bodies and these remain shrouded in the ghostly pallor of the post-WW2 era. Unless the UN can escape from the imprisonment of the Cold War and the Bretton Woods institutions, it remains frozen in time. A captive of the international status quo and scarcely fit for purpose. But even in failure, one observes encouragement and even glimmers of triumph. As a last word on  failure, the passing of Sergio must stand as a tragedy of Hammarskjold proportions. Scarcely a day passes that I do not remember something of Sergio from Bosnia, or Kosovo, or Timor Leste or Iraq. In the revered memory of someone as great as Mr. de Mello there are seeds of failure and success.

Author’s Bio: Martin Duffy (mduffy4@tcd.ie) has served extensively with the United Nations providing humanitarian service in many of the world’s conflict zones. His recent assignments include Uzbekistan, Myanmar and Afghanistan.  He is completing the Diploma in International Relations at the University of Cambridge.

Mazower, M., No Enchanted Palace: The End of Empire and the Ideological Origins of the United Nations (2009)

Schlesinger, S.C., Act of Creation: The Founding of the United Nations, (2003)

For an account of UN staffing and performance see https://ask.un.org/faq/14626

For a review of UNOSOM I and II see https://dppa.un.org/en/mission/unsom.

For a useful review of the UN in Iraq, https://www.globalpolicy.org/political-issues-in-iraq/un-role-in-iraq.html

For the UN in Yemen see https://yemen.un.org/en/about/about-the-un

[1] As an example of the incongruity between official and public views of the UN, first published 1947, Basic Facts about the United Nations is the standard monograph on the UNO and its specialized agencies. The 42nd edition was released in New York in 2018. In the field the NGO community often disparagingly label it “basic ficts” I.e.  fiction.

[2] The author’s first UN assignments were to Lebanon which might best be regarded as “robust peacekeeping” of the early variety. See Murphy, Ray, UN Peacekeeping in Lebanon, Somalia and Kosovo: Operational and Legal Issues in Practice, Cambridge University Press, 2007.

[3] In 2018 TRT World  looked at some of the challenges the UN had faced and how it had met or not met them, https://www.trtworld.com/americas/twelve-times-the-un-has-failed-the-world-21666

[4]  For an account of UN staffing and performance see https://ask.un.org/faq/14626. The former USA Secretary of State was John Bolton who had recently become US Ambassador to the UN.

[13] For a review of UNOSOM I and II see https://dppa.un.org/en/mission/unsom. The author served in UNOSOM 11.

[15] For a critique of the UN’s failures in Bosnia see Shiela Ahmed’s study, https://www.jstor.org/stable/41394460?seq=1 The author has served with the UN, OSCE and ICRC across the ex-Yugoslavia.

[17] The author was privileged to serve several times with UNDSG Sergio de Mello who tragically died in the bombing of the UN Building in Baghdad. Global Policy Forum conducted a useful review of the UN in Iraq, https://www.globalpolicy.org/political-issues-in-iraq/un-role-in-iraq.html

[18] The Lowy Institute recently published an analysis of UN efforts in Syria, https://www.lowyinstitute.org/the-interpreter/syria-what-un-can-do-and-must-do

[19] For the UN in South Sudan see https://unmiss.unmissions.org/