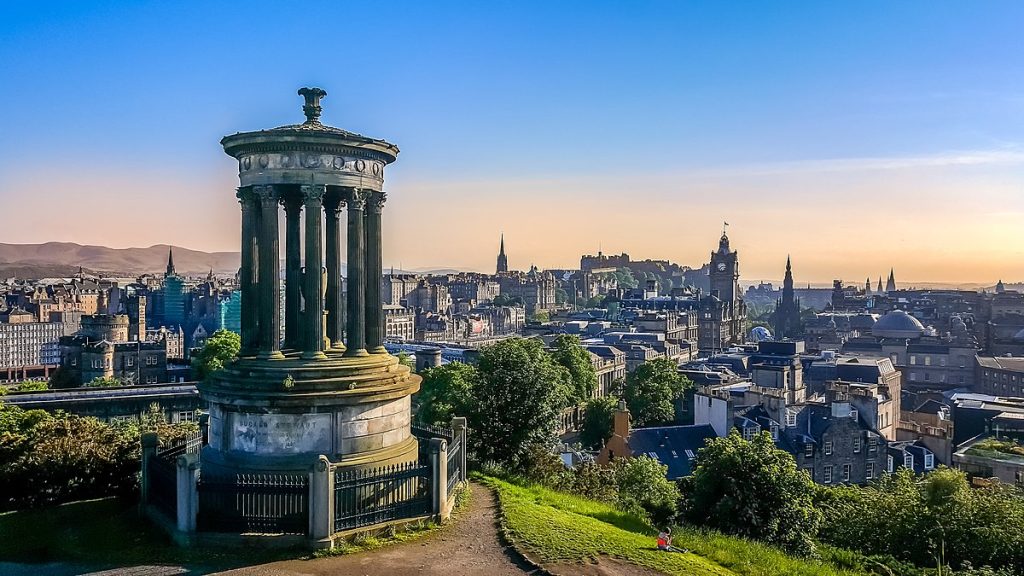 The Historian as Diplomat? John Erickson and the ‘Edinburgh Conversations’

The historian’s relationship with government has always been a contentious subject. Called to inform and encourage debate across all sections of society, historians have repeatedly run into difficulties when engaging with state authorities. This is often due to the potentially sensitive topics that researchers wish to discuss, with the British government subsequently enforcing a strict “20-year rule” on archive access.[1] So, do historians have a role to play in government? One response to this question may be to simply accept such restrictions as a necessity of power. This is exemplified by former Prime Minister Gordon Brown’s PhD, which was often viewed as something of a dark secret during his premiership.[2] Another answer, however, is to attempt to blur the lines between government and academia. One figure who arguably navigated these apparent contradictions is the late Professor John Erickson, whose ‘Edinburgh Conversations’ played a pivotal role in easing tensions towards the end of the Cold War.[3]

Born in the seaside town of South Shields in 1929, Erickson would eventually become one of the world’s most prominent experts of Soviet military history. This achievement was in no small way influenced by his first-hand experiences of the various nations that would come to make up the Eastern Bloc. For example, Erickson worked closely with Soviet and Yugoslav colleagues in order to prosecute war criminals following the Second World War.[4] This personal touch would prove crucial during his first visit to the Soviet Union as a research assistant in 1963, when his language and cultural skills saw him effectively lead the trip.[5] In spite of these close official contacts, the researcher proved impervious to politics and even politely declined a Soviet attempt to recruit him in 1965.[6] This rigid belief that “good scholarship is good morality” would see the professor subsequently inhabit a unique niche.[7] Trusted by both London and Moscow, Erickson was able to simultaneously work with state officials whilst maintaining a keen sense of individual duty as a historian.

This diplomatic balancing act proved especially useful following the Soviet Union’s invasion of Afghanistan in 1979. Now once again characterised by overt suspicion, relations between Moscow and the West quickly became the preserve of individuals who possessed what historian Archie Brown describes as the “human factor”.[8] Certainly, this power of personality would play a crucial role in developing the Edinburgh Conversations for which Erickson became so famous. Ultimately the result of journalist Lord Ritchie-Calder’s pioneering diplomacy, the annual East-West talks would see the professor use his contacts to gather powerful state figures around the same table.[9] For example, talks as early as 1981 would include personalities such as General Sir Hugh Beach, himself a graduate of Erickson’s Centre for Defence Studies in Edinburgh.[10] This individual influence would not go unnoticed by Soviet diplomat Vladimir Semyonov, who described the historian as playing “The most active and coordinating role” during discussions.[11] Such social prowess exemplifies the historian’s ability to simultaneously exist within and outside government. Acting on the good will built up from many powerful personal relationships, Erickson was able to act as a vital interlocutor between competing state hierarchies.

This unofficial role of mediator would truly come into its own in 1983, when rearmament on both sides of the Iron Curtain led to a “peak” in state paranoia.[12] This period was characterised by events such as the Soviet shootdown of Korean Air Lines Flight 007, which occurred only sixteen days before the Conversations were due to resume.[13] Despite backlash in both the UK and the U.S.A., Erickson remained adamant that the strictly non-governmental discussions continue as a means of keeping both sides talking.[14] The professor was even successful in introducing an official US presence at these discussions, with former Arms Control Director Eugene Rostow telling a heated British press that “I believe in having talks on serious subjects especially when things are a little stormy”.[15] This increasing state appreciation of the Conversations’ intended role as a venue for open discussion further showcases the historian’s personal influence. Indeed, Erickson was able to steer later meetings in a more positive direction, as Mikhail Gorbachev’s reforms created opportunities for high-profile personal exchange that were in some sense pioneered by the professor.[16]

Overall, Erickson’s work presents an interesting example of a historian who successfully managed to work at the boundaries of history and policy. Renowned for his professional integrity and subject knowledge, the researcher was eventually able to convince both Cold War superpowers of the benefits of academic exchange. This was achieved largely through Erickson’s own personal links, which allowed him to navigate state hierarchies and pursue initiatives simply out of bounds to most inside government. It is perhaps natural, therefore, that the end of the Edinburgh Conversations coincided with the professor’s own retirement in the late 1980s, with Erickson one of several prominent figures whose stories were inextricably tied to the Cold War’s end. As Sir Michael Howard has stated, “Nobody deserves more credit for the ultimate dissolution of the misunderstandings that brought the Cold War to an end and enabled the peoples of Russia and their western neighbours to live in peace”.[17]

Author’s Bio: Niall Gray is a recent graduate of Central and East European, Russian and Eurasian Studies at the University of Glasgow.

[8] Archie Brown, The Human Factor: Gorbachev, Reagan, and Thatcher, and the End of the Cold War (Oxford University Press, 2020), p. 4

[16] It is worth noting that Gorbachev was ultimately responsible for first coining the term “human factor” [человеческий фактор]. This phrase can be found in his collected works and was often used to describe the increasingly personal relationships that the Soviet premier was able to pursue with Margaret Thatcher and Ronald Reagan during his time in office.