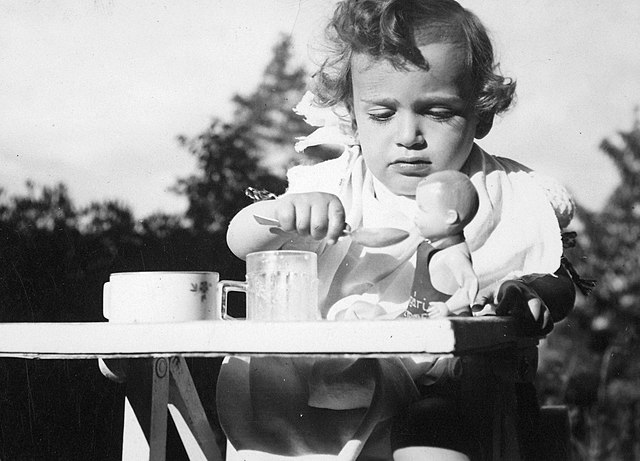 Home   »  Global History Blog   »   At the Intimacy of the Home: Children’s Views of Private Life in Postrevolutionary Mexico

At the Intimacy of the Home: Children’s Views of Private Life in Postrevolutionary Mexico

The Mexican revolution was a conflict that was experienced in different ways and with different intensities throughout the country. The postr-evolutionary governments, such as the one of Álvaro Obregón, Plutarco Elías Calles and Lázaro Cárdenas, strengthened their policies to recover the country’s stability. In addition to the improvements in education and hygiene, urbanization of big cities  was a matter of primary importance. Modernity appeared as “the light” that would guide the first governing actions of the twentieth century.[2]

Children’s routine was articulated by the rhythm imposed by the school at the beginning of the twentieth century. At school, they met most of their friends that they played with in the neighborhood. Many of the interviewees agree that they should arrive at school well-presented and bathed. For example, one of them said: “my mom did take us well clean and ironed, at least the appearance, the clothes were very clear”.[3] Although the drinking water system supplied most of the neighborhoods in which the interviewees lived, very few had a bathroom in which they could wash themselves daily, since these were gradually appearing during the century.

Bathing, as María Eugenia Chaoul points out, was a practice that was slowly incorporated into people’s daily habits since the late nineteenth century. In this sense, for certain social sectors, cleaning up implied visiting public toilets and not precisely being able to do it inside their homes.[4]

The bathroom was gradually introduced into houses throughout the nineteenth century, and by the twenties and thirties of the twentieth century it was part of the construction of some houses. However, the incorporation of the daily bathroom advanced until the 1940s, when practically each member of middle- and upper-class families had privacy and their own bathroom.

Children who grew up in the 1930s and who belonged to the middle sectors could bathe once a week, mostly on Saturdays. The bath involved a whole ritual, because the water had to be heated with firewood or charcoal, so it was difficult to do it every day. It was also a habit that was carried out in a shared bathroom.

In fact, one of the interviewees mentioned that in reality the bathroom was something more like chaos: “[It was] a bathroom for the whole house, with a bathtub, yes, and a bidet. It was fine like that, but a single bathroom for everything, which were four bedrooms […] get in line, take a turn, put it away. And the heater was wood burning, by the way, it was inside, inside the hall. We had to wash and all that to go to school, but bathing was on Saturdays”.[5] This comment shows that despite the fact of public policies pointing towards greater attention to hygiene, domestic spaces were not yet enabled for this type of dynamics.

Another important room in the house was the kitchen and dining room. There, children, after school, still ate their meals accompanied by the whole family, which often included parents, grandparents, uncles and cousins who shared the domestic space. Likewise, the presence of one or more maids who worked in the house of middle and high-class children was recurrent.

The space where meals were prepared was far distinct from what we consider appropriate for food preparation today. As it was austere, not all kitchens had a refrigerator. Likewise, these children’s houses still smelled of firewood and charcoal, because with these elements the bath was prepared, and the meals were cooked every day. One of the interviewees recalls the activities carried out by the domestic worker who provided service in her home: “Lina [the maid] cooked with charcoal. The stove that was the table and there were grills on one side and the other, so that cooking was quickly. The next day I remember Lina putting the coals in the ash below”.[6] Despite the technological innovations that will gradually be incorporated into the daily routines of Mexican homes, the testimonies allow us to see the heavy workload of domestic workers in those years.

On the other hand, some of the interviewees agree that their houses were small and did not have a patio, so they must have played at school or on the street. One of them even discussed that, together with his classmates, they negotiated with the principal the opportunity to have access to the courtyard of a nearby school to play soccer. For many, the lack of space in their homes made them play and live together in public spaces. “No, but there was [no] space, because in general the houses were very small and those with a patio, had a small patio, generally the other houses didn’t have patio or anything. So then, free space was the street, that’s why we met, with all friends [who] were at the same neighborhood”.[7]

Obviously, typical conditions of middle-class children’s houses in Mexico City, after the revolution, contributed to the continuation of the public space as an extension of the home, as Susana Sosenski has explained for the case of poor children.[8] Of course, the differences in the housing conditions of both children were significant; however, the street was the common place for minors from different social sectors. Furthermore, it was evident that the changes brought by revolution could only impact some aspects of the children’s .

Daniela Lechuga Herrero completed her undergraduate in history at Universidad Nacional Autónoma de México and has a master’s degree in modern and Contemporary History from Instituto Mora. Currently, she is taking her PhD in History at El Colegio de México. Her research has focused on the social history of childhood in early twentieth-century Mexico. She has published articles on this work such as “Between leisure and work. Popular childhood in the streets of Mexico City in the 1930s” and “When the street was ours”.

[1] This text is a result of my master’s research at Instituto Mora in México City, so it recovers some parts of the interviews carried out with eight elderly people, whose childhood passed between 1920 and 1940 in México City