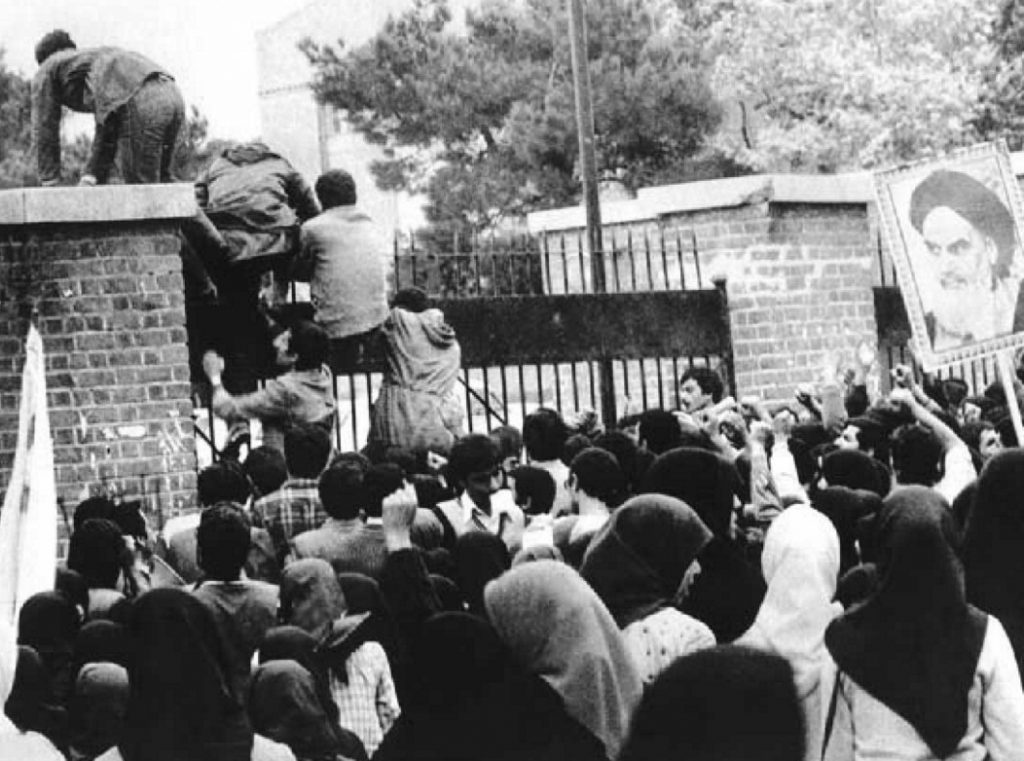 Iranian-US Relations: Remembering the Origins of a Tense Relationship for a More Peaceful Future

As we approach the 2020 US presidential election, we may consider one of the more controversial acts committed by the Trump administration – the unilateral retreat from the Joint Comprehensive Plan of Action (JCPOA) on 8th May 2018. Not only did it bring into question the legal principle pacta sunt servanda – ‘agreements must be kept’ – but also unnecessarily reignited tensions between Iran and the USA, with detrimental knock-on effects for neighbouring countries in the Middle East.

The JCPOA was concluded in July 2015 between Iran and the five permanent members of the UN Security Council, in addition to the European Union and Germany. Its purpose was to oversee Iran’s nuclear programme, increase transparency and curtail the enrichment of uranium at 3.67% thereby ensuring its sole use for an “exclusively peaceful nature.”[1] In return, all UN Security Council, multilateral and national sanctions would be lifted.

Moreover, the agreement provided a path for Iran and the USA to normalize diplomatic relations in the future. After all, Iran had once been considered the United States’ closest ally in the Middle East. Former President Jimmy Carter infamously declared Iran on New Year’s Eve in 1977 an “island of stability” and that “there is no other head of state with whom I feel on friendlier terms and to whom I feel more gratitude.”[2] He was talking of Mohammad Reza Shah Pahlavi, the last Shah of Iran who would in turn be forced into exile one year later on 17th January 1979 following the Islamic revolution.

While the hostage crisis that arose on 4th November 1979 is the starting point for US sanctions against Iran, it should by no means be understood as the root cause for hampered relations. The explanation for Iran’s diplomatic impasse with the USA lies further back and requires an understanding of both US hegemonic aspirations after World War Two as well as Iran’s history of foreign exploitation from the nineteenth century onwards. Both aspects need to be set against the backdrop of an increasing national awareness, the end of formal imperialism and the decolonisation period.

Military defeats against Russia and Britain resulted in the treaties of Turkmenchay (February 1828) and Paris (March 1857) respectively. Both treaties reduced modern-day Iran to the status of a vassal state. Persia lost 10% of its territory to Russia, paid millions in indemnity and Russian businessmen profited from preferential treatment without being subjected to the laws of Persia, but rather to Russian law.[3] The British managed to secure similar conditions for their citizens in Persia after 1857, although they did not take a share of Persian territory and were primarily concerned with safeguarding the routes to British India, whilst curbing an increasingly expansionist Tsarist Russia.

Subsequently, an increase in foreign imports from Russia and Britain edged out local products with Persian merchants reduced to working as agents for Russian and British businessmen.[4] In 1901, Mozaffar al-Din Shah, ruler of Persia, granted an oil concession to William Knox D’Arcy, a Briton. The Persian government hereby retained 16% of any oil revenues, should oil be found, which it was on 26th May 1908.[5] However, this small fraction was further reduced disingenuously by the oil company with the aid of the British government, colluding to hide the actual extent of profits from the Persian government via a network of subsidiaries.[6]

Iran sought to utilize the age of decolonisation and the end of imperialism to take control of its oil resources and push for modernization; looking to the support of the USA, who had equally fought for their independence from Britain. The UN Charter provided a legal foundation having recently enshrined the principle of self-determination in Article 1 (2). While equally divided profit-sharing agreements of 50% each between two parties had become standard, with the likes of Venezuela and Saudi Arabia both ratifying new contracts on such terms with the USA in previous years, the British were unrelenting.[7]

Despite four decades of oil revenues, Iranians’ welfare had not improved much. 80% of Iranians still lived in huts, racial segregation was widely practiced in transport and leisure activities and even in Abadan, the amount of electricity would only have sufficed to light one street in London.[8] When the oil fields were nationalized on 1st May 1951, the British-owned Anglo-Iranian Oil Company (AIOC) and and the British government together accounted for 90% of the profits ($5.4 billion), while Iran had been left with 10% ($624 million) since the start of operations.[9] The nationalization prompted Ann Lambton to advise the British government to begin subverting Iran’s democratically elected Prime Minister Mohammad Mossadegh’s authority to create a climate of instability and the conditions necessary for his removal.[10]

In August 1953, following Operation Ajax, CIA and MI6 colluded; ousting Mossadegh during a three-day uprising that ended on 19th August with his arrest the following day.[11] The US government’s involvement in his demise became firmly branded within Iranians’ memory. The consequence was a 26-year lasting brutal dictatorship. Mohammad Reza Shah Pahlavi returned from a 6-day exile in Rome to his peacock throne on 22nd August to become as Amnesty International called him by 1975 “one of the world’s worst violators of human rights.”[12] Additionally, the CIA and Israeli Mossad helped entrench the Shah’s regime by creating SAVAK – the notorious Iranian secret police – only four years later in 1957 to subvert future political dissidents and cement his power. Democracy was eliminated – courtesy of the USA.

When news then leaked that the Shah was in the USA – for cancer treatment – Iranians naturally feared a repeat of 1953, with US assistance lifting the Shah and his entourage back on the throne to restore the Pahlavi dynasty. The Iranian students took to the US embassy as a pre-emptive measure, while the pictures of blindfolded American staff in turn branded themselves into US memory to form the basis of their resentment. For Iranians, their plight under the Shah was directly correlated to the illegal US covert action and formed the basis of their resentment in 1979.

A better understanding and appreciation of these links would prove fruitful for future negotiations to find a modus vivendi – for the two countries in particular and the Middle East region generally. Ilan Pappé, Israeli historian and renowned expert on the Middle East conflict recently wrote that “history lies at the core of every conflict. A true and unbiased understanding of the past offers the possibility of peace. The distortion or manipulation of history… will only sow disaster.”[13] Unravelling the historical contortions that have led to the political tension between the USA and Iran would be a first step towards a more peaceful relationship and co-existence. Otherwise, continuing to apply spin to the Iran-US historical narrative might boil over to end in war. An event that hopefully all would wish and work to avoid.

Author’s Bio: Sami is currently a Ph.D. candidate at the University of Dundee. His research interests focus on the intertwined nature of oil and politics in shaping the global order by dictating government policy. The primary focus rests on Iran and the Middle East and the effects and ambiguities of British and US imperialism on its political and democratic trajectory in the twentieth century.

[2] Axworthy, p. 103 in “Revolutionary Iran: A History of the Islamic Republic”.

[3] Amanat, pp. 35–6, “Russian Intrusion into the Guarded Domain: Reflections of a Qajar Statesman on European Expansion”.

[6] Barr, p. 121, “Lords of the Desert: Britain’s Struggle with America to dominate the Middle East”.

[7] Barr, p. 118, “Lords of the Desert: Britain’s Struggle with America to dominate the Middle East”.