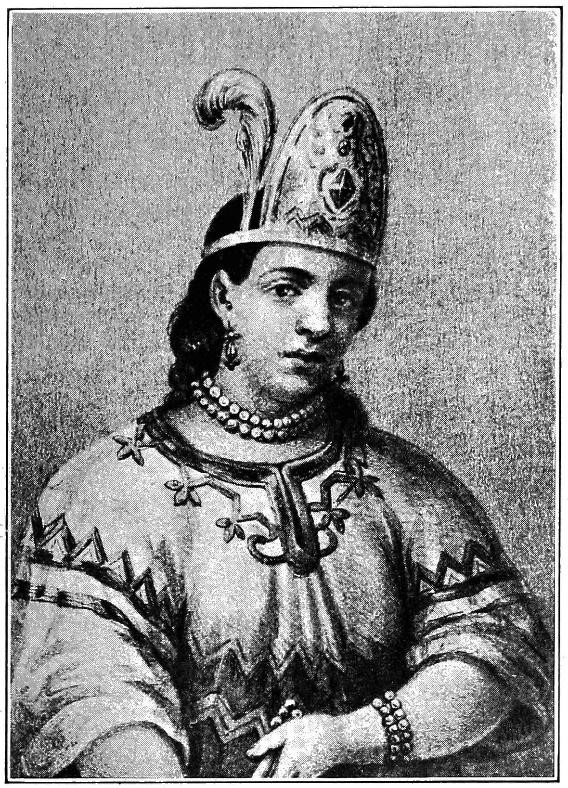 Home   »  Global History Blog   »   The Figure of La Malinche in Chicana Literature: Between Betrayal and Redemption

The Figure of La Malinche in Chicana Literature: Between Betrayal and Redemption

When Hernán Cortés arrived at Pontonchan in 1519, he was introduced to a woman who would forever change the destiny of Mexico. That woman was called Malinalli, Malintzin, or, as most people know her nowadays, La Malinche [1] (1501–1529).[2] Being fluent in both Yucatec Maya and Nahuatl, indigenous languages widely spoken across the Yucatan peninsula, she became Cortés’s interpreter, quickly learning Castilian Spanish as well. La Malinche’s role in the Spanish conquest of Mexico was arguably pivotal: she negotiated with indigenous rulers who were worn out by the Aztec rule and she unearthed betrayal plots against the Spaniards’ in time for Cortés to take action.[3] Nonetheless, it is necessary to note that accounts relating La Malinche’s time with the Conquistadores are only to be found in the Spaniards’ recollections of the time;[4] there is no record of La Malinche’s own voice, as she was never given the possibility to tell her own story.[5] Accordingly, even after she was ‘freed’ in 1524, given in marriage to one of Cortés’s captains, La Malinche never had the real opportunity to choose for herself throughout her life – let alone having a say in how her legacy would develop.

In fact, although nowadays the figure of la Malinche is integrated within popular culture, her legacy is largely negative. This is for instance testified by the commonly used pejorative Mexican term malinchismo which, according to the Academia Mexicana de la Lengua, means ‘actitud de quien muestra apego a lo extranjero con menosprecio de lo propio’.[6] Accordingly, several – predominantly male – historians and scholars consider her a figure of utter betrayal, mainly focusing on her role as Cortés’s mistress and traitor to ‘her people’.[7] However, contemporary Chicana feminists have largely revisited La Malinche’s legacy in their literature, offering La Malinche’s own perspective, presenting her as a subject capable of telling her own story. La Malinche embodies the Chicana’s very contemporary condition of being stuck between two countries and two cultures, seen as an outsider by (white) Americans whilst considered an ‘Americanised’ traitor by Mexicans.[8] In particular, Sandra Cisneros’s short story collection Woman Hollering Creek (1991) offers two cuentos (short-stories) which explore the figure and impact of La Malinche in her complexity, interweaving her life story with the Chicana’s.

In Cisneros’ cuento ‘Never Marry a Mexican’, the protagonist, a Mexican American woman named Clemencia, has a relationship with a white American man whom she apostrophises throughout the whole story. The story opens with Clemencia’s recollections of her time with her former lover: ‘Drew, remember when you used to call me your Malinalli? It was a joke, a private game between us, because you looked like a Cortez with that beard of yours. My skin dark against yours’.[9] The juxtaposition of the lovers’ skin echoes not the mestizaje, but rather a stark opposition, underlined by the word choice of ‘against.’ As Clemencia/La Malinche and Drew/Cortés are together only in bed, La Malinche almost appears to take the shape of an intimate roleplay between the Chicana and her married lover.

However, it would be naïve to dismiss La Malinche’s representation in Cisneros’s story with such superficiality; in fact, although La Malinche herself is not mentioned anymore after this initial reference, her presence lingers throughout Cisneros’s narration. Accordingly, Clemencia consciously reflects on the role she plays within this man’s life, asserting her stance as a woman who rejoices in sex, although she is certain she will never marry. La Malinche, taking the form of the abandoned lover Clemencia, actually reclaims the power she has long neglected: her own voice through which she can assert her presence in a male-dominated environment, ‘Making the world look at you from my eyes. And if that’s not power, what is?’[10] Although the aspect of La Malinche that transpires from ‘Never Marry a Mexican’ is arguably that of the discarded lover,[11] the whole story is recounted from Clemencia/La Malinche’s viewpoint, as the retelling is framed by her command over her behaviour towards the man in front of her: ‘Nothing. I’d knew you’d say that. Let’s not talk. We’re no good at it’.[12] Cherríe Moraga contends that ‘there is hardly a Chicana growing up today who does not suffer under [La Malinche’s] name’;[13] Cisneros reverses this in her fiction, transforming La Malinche into the subject, as Clemencia, the Chicana, refutes the legacy of alienation from one’s own story which is culturally attached to La Malinche.

Still, it is in ‘Little Miracles, Kept Promises’ that La Malinche displays her nuanced complexity. In this patchwork-style cuento, La Malinche is embodied by a teenage Chicana, Rosario (Chayo), a girl who firmly refuses to accept the radically different expectations patriarchal society has for women and men: ‘I don’t want to be a mother. I wouldn’t mind being a father. At least a father could still be artist, could love something instead of someone, and no one would call that selfish’.[14] Unlike ‘Never Marry a Mexican’, La Malinche slips into the story a couple of pages in, subtly appearing within Chayo’s first-person narration as she recounts the pueblo’s malign chatter regarding her life choices: ‘Heretic. Atheist. Malinchista’.[15] Moreover, Chayo is shunned in the same way even by the women in her family: ‘Acting like a bolilla, a white girl. Malinche. Don’t think it didn’t hurt being called a traitor. Trying to explain to my ma, to my abuela, why I didn’t want to be like them’.[16] Chayo is thus reprimanded merely for her identity as a Chicana, as she recognises the clear implications of being called ‘Malinche’: to her family’s eyes, she is a traitor. However, after reflecting on it, Chayo is able to see ‘power in my mother’s patience, strength in my grandmother’s endurance’.[17] Reconciling her present identity with the multifaceted stories of the women before her, Chayo can embody a version of La Malinche who discloses her own story – acknowledging the suffering brought by external judgments. Cisneros portrays a Chicana who is aware of how she is seen from the outside, whilst also being able to freely make her own choices, hence taking control in being her own person. As a result, the epithet of ‘Malinche’ is transformed, finally highlighting a multidimensional representation of womanhood.

In the words of Gloria Anzaldúa, ‘[t]he worst kind of betrayal lies in making us believe that the Indian woman in us is the betrayer’.[18] By presenting Chicana protagonists who grapple with her history and legacy in their own subjective ways, Cisneros eventually ‘makes peace’[19] with the figure of La Malinche, seamlessly interweaving the historical with the cultural and gender struggles of contemporary Chicanas. Therefore, whilst still considering the complications of her historical account, La Malinche is rescued through Chicana literature: as her story is ultimately redeemed, she is rightfully elevated as one of the Chicana’s cultural mothers.

Author’s Bio: Viola Nassi is an MLitt Student in American Modern Literature at the University of Glasgow. In her research, Viola explores the connections between the several identities that shape the Chicana literary body of work. Through the analysis of historical, cultural, geographical, sexual and gender identity, Viola aims to emphasise the full complexity and contemporary relevance of feminist Mexican American literature.

[2] Although there are several different accounts of La Malinche’s personal history, the overarching account is that Malinalli (as most historians have gathered this to be La Malinche’s actual name), was first sold as a slave at a young age by her mother to an Aztec chief, or cacique, following the death of her father, who also was a cacique. She was then enslaved by multiple other caciques until Cortés’s arrival to Mexico in 1519. La Malinche was initially offered to him as a slave along with other nineteen Indigenous women by the city leaders of Pontonchan. She quickly stood out from the other slaves for her eloquence and level of education and became known amongst the Spaniards as ‘Doña Marina’ (‘Lady Marina’).

[3] See Robinson Douglas’s Translation and Empire (1996) for a full account of La Malinche’s role as Cortés’s interpreter and informant.

[5] In Díaz del Castillo’s account, La Malinche actually appears to speak with her own voice once, when she learns of the Cholula conspiracy from an elderly woman. Still, we have to be aware that this is known through Díaz del Castillo’s ‘indirect’ recollection of the exchange.

[6] ‘Attitude of whom supports a foreign culture, with a detrimental behaviour towards one’s own [culture].’ (Translation mine). http://www.academia.org.mx/espin/respuestas/item/malinchismo-y-malinchista.

[8] See Norma Alarcón’s paper ‘Traddutora, Traditora: A Paradigmatic Figure of Chicana Feminism’ (1987) for a full discussion on the Chicanas’ need to reclaim their very own history and sexuality through revisions and rewritings of La Malinche’s story.

[11] It is relevant to notice that, in this re-evaluation of La Malinche’s legacy, she is a very sexual woman, fully aware of the power her sexuality entails societally wise; still, she is not a traitorous figure, she is not the one who betrays. It is the Cortés of the story, Clemencia’s lover, Drew, who repeatedly cheats on his wife.

[19] The idea of making peace with the ‘ghosts’ of her Chicana cultural/religious past (namely, La Malinche, La Llorona and La Virgen de Guadalupe) comes from Cisneros’s 1990 interview with Pilar E. Rodriguez Aranda (see ‘On the Solitary Fate of Being Mexican, Female, Wicked and Thirty-three: An Interview with Writer Sandra Cisneros’, The Americas Review 18, no. 1 (1990): 64–80 for a full explanation)

Castillo, Ana. “In the Beginning There Was Eva.” Massacre of the Dreamers: Essays on Xicanisma, 113–130. Albuquerque: University of New Mexico Press, 2014.

Díaz del Castillo, Bernal, Kate Stephens. The Mastering of Mexico, Told after one of the Conquistadores and Various of his Interpreters. New York: Macmillan, 2011.

Rodríguez Aranda, Pilar E. “On the Solitary Fate of Being Mexican, Female, Wicked and Thirty-three: An Interview with Writer Sandra Cisneros.” The Americas Review 18, no. 1 (1990): 64–80.