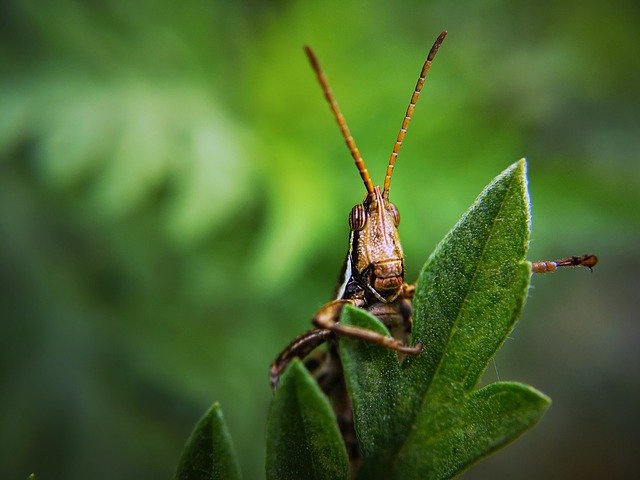 Double Trouble: Historicizing “Locusts” in the Vocabulary of Disease Discourse from Cholera to COVID-19

At the close of 2019, when the world was preparing to ring in the new year, two scourges were preparing to intensify their impact upon the world. On one hand, was the novel coronavirus that was wreaking havoc in China. On the other, was the locust infestation that had been plaguing the Arabian Peninsula since spring of 2019. By the early months of 2020, these plagues assumed serious proportions posing great threat to health and food security across different parts of the world. The contemporaneous outbreaks triggered public curiosity over the relatability of the two phenomena. Some called it “the end of the world” citing the Old Testament, while others made assertions like “eating locusts could cure coronavirus”.[1]

While these theories may seem bizarre, the human tendency to relate two parallelly occurring scourges is neither new, nor coincidental. This essay locates the above responses to the longer tradition of relating locust outbreaks to a simultaneously occurring human disease. During the nineteenth century, locusts often crept into the cholera discourse, both allegorically and literally. Although today this relativity between locusts and infectious disease is largely a social media buzz, in the 1800s, it managed to penetrate deeper into the common vocabulary, popular beliefs and medico-scientific arena.

In 1883, Joseph Fayrer, the editor of the British Medical Journal, commented on the futility of quarantine as a method for cholera prevention calling it equivalent to the practice of “attempting to keep back a flood of locusts by a five-barred gate”.[2] A similar allegorical expression was used by Stanley Pitcairn Rice, an Indian civil servant, in 1901 to describe the Jagannath pilgrims in Odisha .[3] He commented on their strange appearance and noted:

We may admire the length of the locust’s leg or the structure of his wing, until the green field is a bare desert, and then we curse the insect. We may look curiously at the devotee, but he brings with him the terrible scourge of an outbreak of cholera. He is as ill-omened as the locust.[4]

This remark is particularly interesting considering that during the nineteenth century, pilgrimages were regarded as chief causes of cholera and pilgrims as its key disseminators evoking great sense of fear amongst the colonial authorities.[5] Perhaps, one that reminded them of that induced by locusts!

While one may discard these metaphorical references as a product of commonly used literary expressions, I argue the contrary. Seeing these varied examples in conjunction hints to a larger story. The presence of locusts in the popular vocabulary, was not accidental but had roots in the greater relativity between the two phenomena. Locust infestations were already part of popular imagination as dreadful plagues long before cholera became a menace. The pre-existing fears surrounding devastation caused by locusts thus served as a parameter of comparison or a framework within which to locate a new malady. The recurrent locust outbreaks over the course of the nineteenth century further helped sustain their relevance.

Thus, locusts also made way into popular beliefs. In 1883, when locust infestations and cholera simultaneously prevailed in Ahmednagar (Maharashtra), its collector commented on the difficulties involved in the exercise of locust extermination.[6] He noted how Hindu belief in “divine providence” prevented them from participating in locust killing as they feared that “divine wrath” would inflict cholera upon them.[7] This superstition got a stamp of validation when the village headman died of cholera while engaged in the work of locust destruction.[8] However, the idea of locust infestations as “divine providence” was neither new nor unique to India, having found mention in a myriad range of texts worldwide. The Bible mentioned them amongst “one of the ten plagues afflicted upon ancient Egyptians by God for their sins”, they appeared elsewhere as symbols of “destruction” or “bad omen”.[9] To some extent, similar superstitions were also entertained about cholera.[10]

However, the careful interlinking of two separate phenomena into a common narrative is interesting. The social anxieties heightened by contemporaneous occurrences of two destructive forces accounted for this connection. The older idea based upon belief and collective memory remained while giving way for newer ideas to fit in. This was true not only for popular responses but also for the nineteenth century medical discourse.

Projit Mukharji discusses the phenomenon of “cholera cloud” and its context-specific identity and notes how in Africa it metamorphosed into a “cloud of locusts” coming from India.[11] He argues that the predominant imagery of locust clouds in the European imaginations of Africa were accountable for this.[12] Francis Maceroni was among the first to suggest a link between cholera and locusts in 1838. His theory was further developed by James Bryden in 1870 and despite ambiguities, these ideas found acceptance.[13] During this period there was great favour for medical meteorology and atmospheric explanations of disease causation. The theory of miasmas- that blamed noxious air for causing diseases- was also very dominant in the medical discourse and thus the narrative of locusts well-suited these paradigms.

Likewise, in French Algeria, the contamination of water by dead locusts was regarded as the cause of the 1893 cholera outbreak.[14] This narrative was contingent with the newer water-borne theory of cholera that had gained ground by this period.

Thus, locusts managed to enter the cholera discourse with great ease regardless of the theoretical position. The contemporary responses to outbreaks of locusts and covid-19 similarly reflect a mix of pre-existing ideas combined with doubled social anxieties. The relativity of locusts with human diseases was more prominent during the cholera era since locust outbreaks were common enough to shape the collective memory of urban societies. The fairly restricted presence of locusts in the COVID-19 narrative could be explained partly by advancements in science that enabled a prompt discovery of the germinating cause of disease leaving less room for speculation. But, also by the fact that locust outbreaks no longer dominate the public discourse. Yet, the social media responses reflect how older ideas linger on, only to pop up in times of heightened social crisis to provide a framework for accommodating newer beliefs.

Author’s Bio: Pallavi Das is a PhD candidate at Department of History, University of Delhi specializing in the history of science and medicine. Her research explores the 19th century social history of cholera in the pilgrim city of Puri in Odisha through a global history perspective. It looks at the trans-imperial connections and knowledge networks that shaped the local histories of disease around the Indian ocean world. She is also interested in environmental history and is currently working on the history of locust infestations in colonial India. She has written on the subject for Scroll.

Dagyeli, Jeanine Elif. “The Fight Against Heaven-Sent Insects: Dealing with Locust Plagues in the Emirate of Bukhara”. Environment and History 26 (2020): 79-104.

Lockwood, Jeffrey A. Locust: The Devastating Rise and Mysterious Disappearance of the Insect that Shaped the American Frontier, New York: Basic Books. 2004.