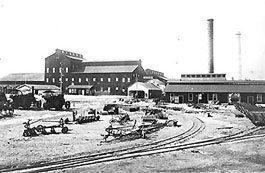 Why did so many South Asians, in the early years of the nineteenth century, choose to become indentured laborers, signing five years of their lives away to work on sugar plantations in Mauritius? Previous work on the earliest years of Indian indentured labor—a labor practice which eventually spread from this small Mascarene island to nearly every point of the British empire by the end of the 1800s, from Trinidad to Fiji—has paid little attention to this question, stripping South Asian indentures of their agency in the pursuit of “second slavery” historiography. It is true that the desire for indentured labor rose sharply following the de facto end of chattel enslavement in the British imperial sugar industry; it is also true that the vast majority of Indian indentures, both in the early years and indeed throughout the tenure of the practice, were unscrupulously abused by sugar estate owners. Yet a wealth of rarely explored documents and depositions, taken by a Calcutta investigatory commission into the new labor practice in 1840, bring South Asian indentures’ voices back into the debate and remind readers of the stake South Asians claimed for themselves in the colonial state—even (or especially)—when that stake went unrecognized.

The South Asian indentured laborers whose voices were recorded by the so-called “Cooly Committee” in 1840 are few, but they represent a wide variety of people. Women are among the interviewees, as well as Muslims and Hindus, Bengalis and North Indians, agricultural laborers and men who had served in the military or as foremen on plantations. What linked them was their insistence on their rights as determined by the girmit, the Hindi term for indenture contract. Again and again, this varied group discussed at length with the committee their girmits and the promises contained within. Steady wages, however small, and regular meals, guaranteed by this slip of paper, made the journey well worth the risk for many; the contract was the key to keeping Mauritius an appealing choice for laborers despite its obvious drawbacks (travel across the ocean, separation from family, challenging physical labor in an unfamiliar place). Many, if not all, of the interviewees whose statements remain in the record can list not only their pay but the enumerated promises of food, right down to the weights of pulses, rice, and ghee—this despite many of them being illiterate, and having their contracts read to them only once. Far from being tricked, these indentures were hopeful about Mauritius and their contractually stipulated opportunities, with one stating that he would be “very willing to go back to Mauritius.” He explained: “It is a beautiful country…give me food and I am very willing to go.”[1]

Within this very statement lay the problem, one which illuminated the complicated minefield of rights guarantees the indentures were attempting to navigate. Despite the promises of their girmits, indentures rarely received the stipulated goods, and even more rarely had the opportunity to contest this breach of contract. Ramdeen, the man quoted above, explained to the committee that “those who went [along with non-contractual demands] were well treated, but others who said this was no part of their girmit and refused, were ill-treated…we got no mussala, such as pepper, etc. Although we said it was state in our girmits that we were to get mussala, they told us that it was not. We used to go after working hours to gather red pepper for ourselves.”[2] The reality of life in Mauritius, for every returned migrant interviewed, was that their contract, so appealing from the perspective of a hollow stomach on the streets of Calcutta, became a cruel joke. Its stipulations were constantly in the back of the laborers’ minds, and often placed on Mauritian policemen’s desks, and for what? Despite their repeated attempts, there was no movement to give laborers equal access to redress when the contract was breached—therefore, laborers were abused with impunity. Eventually, many of those interviewed by the committee showed up at their local Mauritian police station one day and asked to be arrested and sent home on a criminal record. While Calcutta was a place they initially thought they had the opportunity to move up from, the reality was far from the promise of the contract.

Despite the response to the committee’s report—a crackdown on the Calcutta side of the indenture industry, as the East India Company government of the time had no standing in Mauritius itself—the discourse surrounding contracts and the Calcutta debate over free and unfree labor migration had little impact on the Indian indenture system, which continued to operate efficiently but cruelly until the end of World War I. What these indentured laborers’ voices, and their resistance to illegal breach of contract, ultimately teaches us then is the importance of lingering in the surprising and contradictory corners of the colonial archive. Indenture is an unhappy story of unfree labor, as the “second slavery” historiography surrounding it purports. But it is also a space in which subalterns asserted their own agency as logical decision makers. That reality doesn’t need to be held in contrast to the dominant narrative of indenture, but rather brought into conversation with it, challenging readers to think through all the ways in which power was used and contested in this complicated part of British imperial history.

Author’s Bio: Maureen is a second-year PhD student in South Asian and Global British Empire history at the University of Chicago. In her free time, she enjoys knitting, trying new recipes, and attempting to deter her exceedingly clumsy cat, Gupshup, from knocking over yet another full mug of coffee.