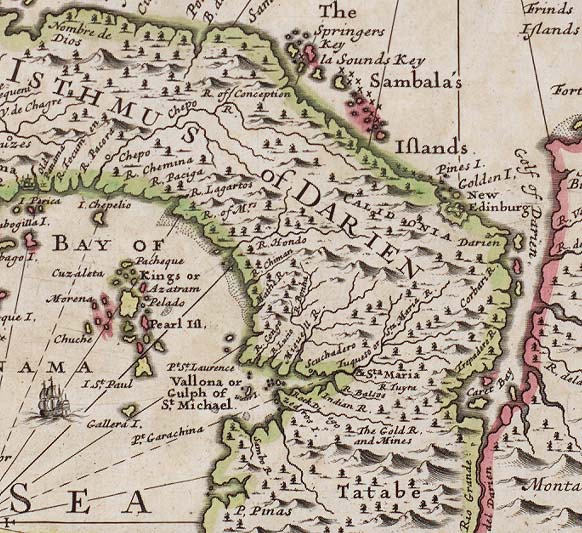 Home   »  Global History Blog   »   Covenanters in Europe and Empire: The Military and Colonial Endeavours of Alexander Shields and Samuel Vetch

Covenanters in Europe and Empire: The Military and Colonial Endeavours of Alexander Shields and Samuel Vetch

In a letter to his mother dated 2 February 1700, Alexander Shields (1659/60–1700), a Covenanting Church of Scotland minister, described the Darien colony (Panama) as ‘a remote, but very pleasant Land, and one of the most fruitful spots of the Earth, where God reigns’. The promising picture of ‘the Rising Sun in Caledonia Bay’, however, was deliberately forged by Shields to lessen his mother’s anxieties.[1] The reality was quite the opposite – on landing with the second expedition in November 1699, what Shields found was a marshland deserted by the first group of Scots settlers and plagued with tropical diseases. By March the next year, the second group had succumbed to Spanish military pressure and abandoned the settlement.[2] Along with the few hundred surviving colonists, Shields boarded the ship The Rising Sun, hoping to return to Scotland via New York, only to be struck down by a deadly fever in Jamaica in June 1700.[3]

The Darien fiasco – costing about 1,500 lives and almost a quarter of Scotland’s total liquid capital – is a well-known episode in the lead-up to the Union of 1707.[4] With hindsight, it is tempting to dismiss the scheme as an overly ambitious gamble, but if it was destined to fail, why did so many Scots across the social spectrum invest so much in it?[5] Historians of political thought have mostly credited Andrew Fletcher of Saltoun (1653?–1716) – ‘perhaps the most creative political analyst in Britain’ – with the ideological support for the venture.[6] Contributing to the ‘standing army controversy’ following the Peace of Ryswick (1697), Fletcher argued in several pamphlets that Scottish recruitment for the army fighting for Dutch and English interests was a drain on Scotland’s fiscal and human resources. Alternatively, his imperial vision combined Scotland’s commercial ventures at sea with a militia at home, which ‘would be as great a school of virtue as of military discipline’; unusually anti-clerical for his time, Fletcher explicitly excluded chaplains from his militia.[7] Darien, in this line of thought, was a patriotic endeavour, crucial to national regeneration. While Fletcher’s secular ideas have generated much interest, less discussed is the religious motivation of figures like Shields, who had been tasked by the Church of Scotland with providing pastoral care for fellow settlers and converting the indigenous population.[8]

As is often the case, concerns of high politics and intellectual debates – exemplified by Fletcher – were at odds with practices on the ground. Military men were sought-after participants in the Darien scheme precisely because they had experience fighting in continental Europe for William III (II of Scotland). Whereas Fletcher saw the standing army as an instrument of tyranny, Shields regarded it as a desirable route of military education. Prior to his ill-fated colonial endeavour, Shields had served as chaplain to the Cameronian Regiment (named after a group of zealous Covenanters) between 1691-7, and encouraged the Church of Scotland to help ‘fill the Army with faithful Souldiers’.[9] Among the Scottish colonists who had fought alongside Shields in Flanders were Samuel Vetch (1668–1732) and his brother William (1667–1700). The Vetchs came from a staunch Covenanting background. Their father, William Veitch (1640–1722),[10] was a Presbyterian minister like Shields and had been forced into exile in the United Province since 1683 under Charles II’s anti-Covenanter policy. Both brothers were educated at Utrecht and later joined William of Orange’s invading forces that landed at Torbay in November 1688. Having defeated the Jacobites (supporters of James II and VI) at Dunkeld (1689), they were then deployed back to Flanders and fought at the Battles of Steenkirk (1692) and Neerwinden (1693).[11] After the conclusion of the Nine Years War (1688-1697), the two returned to Scotland and volunteered to join the Darien expeditions, with Samuel leading the first and William the second. Samuel’s military rank (captain) and commitment to the Protestant succession earned him a seat at the governing council of the colony, and he was instrumental in the decision to abandon the first settlement. Although Samuel arrived in New York safely, William was not as fortunate – he suffered the same fate as Shields and died in Jamaica in April 1700.[12]

Samuel Vetch’s military and religious credentials again became assets at the start of his colonial career in North America. Upon arrival in New York, he married the daughter of Robert Livingston (1654–1728), Secretary for Indian Affairs and founder of one of the most prominent commercial and political dynasties. The religious esteem of Vetch’s father played no small part in helping him obtain the blessing of Livingston, a fellow descendant of exiled Covenanters.[13] With this heightened platform, Vetch went on to become an associate of Joseph Dudley (1647–1720), governor of Massachusetts Bay and New Hampshire, due to his military skills; and when this partnership fell apart, he secured the post of the first governor of Nova Scotia after leading a successful assault to capture it in 1710.[14] However, caught up in party politics, his governorship was fraught with difficulty. Vetch’s Presbyterian profile turned into a liability when the Tories (who sympathised with Episcopalians) came to power, and his vision for Nova Scotia – populated by Scottish Presbyterian settlers and acting as a defence against Catholic Spain and France – unsurprisingly fell on deaf ears.[15] Vetch’s relationship with the Tory ministry was such that he was replaced by Francis Nicholson (1655–1728) in 1713. Although he was reappointed in 1715 after petitioning to the new Whig government, the lack of provision and resources during the foundation years of his colony (for which he had to make up by personal means) had left him in debt. It was only after Vetch died in debtor’s prison in London in 1736 that Nova Scotia became a Protestant haven for Scottish colonists. Inspired by his vision, Presbyterian and Huguenot settlements were also established in North Carolina in the late 1730s and West Florida in the 1760s.[16]

Among the myriad reasons for Scots to support the Darien scheme and other attempts at overseas expansion, Andrew Fletcher’s patriotism might have stood out to historians for its sophistication and popularity.[17] The military and colonial endeavours of Alexander Shields and Samuel Vetch nevertheless remind us of an alternative imperial vision – one that was motivated by religious conviction (to spread and defend Protestantism) and executed with military prowess; one that was perhaps less well articulated but no less important in shaping the outlook of the empire and Scotland’s place within it.

Author’s Bio: Xiang Wei is a PhD student in History at Trinity College, Cambridge, working on the interactions between religious co-existence and Scottish military experience, c. 1707-1763.  He also holds an MPhil in Early Modern History from Cambridge. Twitter: @FrancisWei

[2] Francis Borland, Memoirs of Darien: Giving a short description of that countrey, with an account of the attempts of the Company of Scotland to settle a colonie in that place. With a relation of some of the many tragical disasters, which did attend that design (Glasgow, 1715).

[5] For contrasting analyses of the economic potency and potential of the Darien scheme, see Douglas Watt, The Price of Scotland: Darien, Union and the Wealth of Nations (Edinburgh, 2007); Allan I. Macinnes, Union and Empire: The Making of the United Kingdom in 1707 (Cambridge, 2007).

[6] David Armitage, ‘The Scottish Vision of Empire: Intellectual Origins of the Darien Venture’, in A Union for Empire: Political Thoughts and the British Union of 1707, ed., John Robertson, (Cambridge, 1995), 97–118, quote at 98; see also John Robertson, The Scottish Enlightenment and the Militia Issue (Edinburgh, 1985), ch 2.

[8] A letter from the Commission of the General Assembly of the Church of Scotland, met at Glasgow, July 21, 1699 to the Honourable Council, and inhabitants of the Scots colony of Caledonia, in America (Edinburgh, 1699); Acts of the General Assembly of the Church of Scotland, M.DC.XXXVIII.–M.DCCC.XLII (Edinburgh, 1843), 290-2. Aside from sending ministers and 1,500 copies of the Bible, the Church of Scotland also called for national prayers for the success of the scheme, as well as national fast days after its failure, see Philip Williamson, Alasdair Raffe, Stephen Taylor, and Natalie Mears (eds.), National Prayers: Special Worship since the Reformation: Volume 2: General Fasts, Thanksgivings and Special Prayers in the British Isles, 1689–1870 (Woodbridge: 2017), 176-7, 186-7, 191-2, 196-9.

[10] Samuel adopted the Anglicised spelling ‘Vetch’ as his surname on arrival in America.