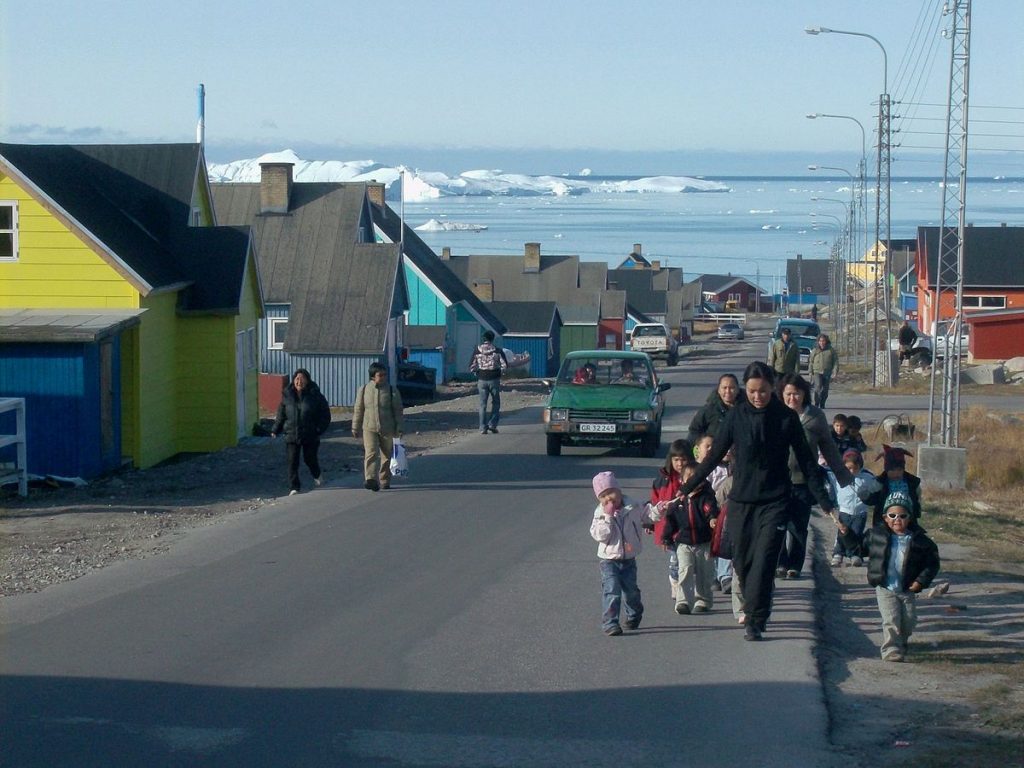 Exits before Brexit: Sub-State Separations from the European Union, 1962–2012

Brexit, insofar as it represents separation from the European Union (EU) and its predecessors, is not “an unprecedented journey”;[1] between 1962 and 2012, four withdrawals occurred. Exercised at the meso-regional level, between the tiers of member state and local governance,[2] these characterise an overlooked phenomenon. Separation was first observed as French Algeria disembarked in 1962, joined by Atlantic polities Greenland and Saint Pierre and Miquelon in 1985, followed in 2012 by the Caribbean island of Saint Barthélemy. I argue these events to be marked by ethnocultural discord with European integration, as well as oscillating autonomy in managing withdrawal. Consequently, I address “the problem of how a political entity … which entered the Community as something less than a member state but as something more than a colony, goes about leaving”.[3]

Upon the founding of the European Economic Community (EEC) in 1958, the emergence of superpowers east and west inspired the “Eurafrican project”, the integration of occupied African regions.[4] Constituting three departments of mainland France, French Algeria and its oil was hailed as Eurafrica’s “promise and edifice”.[5] In an attempt to mitigate the concurrent War of Independence, the motherland invoked EEC accession to have the country “pass over the stage of national and political independence by entering into a larger community”.[6] In reality, as the agenda guaranteed free movement of Algerian resources, it withheld the same from its citizenry.[7]

Greenlanders were to experience similar exclusion as they joined in 1973 alongside host state Denmark, contrary to 70.8% of its electorate.[8] The ensuing liberalisation of fishing waters and restrictions on sealing[9] only served to highlight the “different norms, culture … and basis of existence”[10] that stoked Inuit antagonism. In 1976, Saint Pierre and Miquelon would likewise be included unwillingly. By expediently transferring the region into a mainland department, obligating it to European statutes, a “reassertion of French sovereignty”[11] would be communicated to Canada, which had disputed surrounding waters since 1972.[12] Following this, absence of consultation resulted in a “loss of collective self-respect” among its national minority.[13] 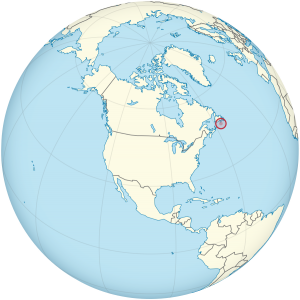 Saint Barthélemy, equally French, also found incorporation to conflict identity. Before 2007, the island was a commune of Guadeloupe, entailing EU membership on accession in 1992 as part of an Outermost Region.[14] However, since its economy diverged from the 1970s as a destination for the super-rich, the influences of predominantly white residents increasingly belittled Guadeloupian symbolism and jurisdiction.[15] Albeit by proxy, supranational participation was threatened by Barthélemois fears of becoming “a defenceless minority under the authority of the ‘big black island’”.[16] 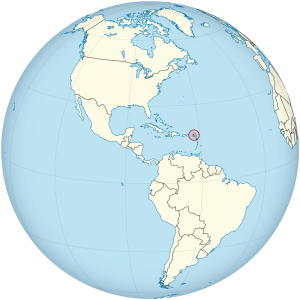 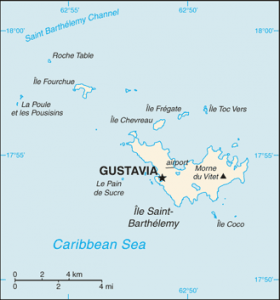 Each spurred by ethnocultural tension connected to Europe, the territories prepared to dislocate. In 1959, France reversed its attitude regarding Algeria and held negotiations with secessionists.[17] These resulted in the Évian Accords, agreeing the region’s independence, which was signed on 18 March 1962 and ratified by referendums in both polities.[18] Bizarrely, “withdrawal from the EEC was not addressed”,[19] leading the nascent Republic to secretly request the unofficial “maintenance” of European provisions on 24 December.[20] Accordingly, the country “opted for a paradoxical double move”[21] through satisfying appetite for statehood by seceding from France while, to facilitate this, precariously drifting in the EEC’s regulatory orbit until 1976.[22]

Like Algeria, Greenland initially displayed greater autonomy through pressure on its host state; first via home rule in 1979 and subsequently by way of a European Communities (EC) inclusion referendum on 23 February 1982.[23] Conversely, when a separatist margin of 53% was returned,[24] they too experienced an unyielding European response. Constitutionally restricted, Greenland saw its negotiations fall into the exclusive hands of Denmark and EC institutions until withdrawal on 1 February 1985.[25]

Saint Pierre and Miquelon did not share any pretence of self-determination. In 1984, officials presided over a de-escalation of the Canadian boundary dispute,[26] reducing French need of the EC’s “ill-defined role”.[27] The islands’ symbolic inclusion precluding obedience to EC rules, France again wielded top-down authority to implement a “reverse switch”[28] and have the Saint-Pierrais separate on 11 June 1985.[29] This notion of internal change terminating European membership proved exceptional. As Saint Barthélemy upgraded its constitutional status to that of a French collectivity by breaking with Guadeloupe on 21 February 2007,[30] residents were disgruntled at abiding EU inclusion, seen as contradicting their newfound agency.[31] Notifying France of this in October 2010, Brussels affirmatively recommended 1 January 2012 as its divorce date.[32] Here the bloc revived an authority it had demonstrated in Algeria and Greenland, refuting any possibility of unilateral withdrawal, as had in fact occurred in Saint Pierre and Miquelon.

In conclusion, this post has offered insight into sub-state separation from the EU and its forerunners. Uncertainty concerning why and how this phenomenon occurs is remedied through acknowledging ethnocultural disparity with European integration, in addition to oscillating regional autonomy in managing dislocation between the unitary and supranational domains. Referencing Greenland in 1985, then-President of the European Commission Jacques Delors’ observation that “tonight we just lost 60% of the [EC’s] territory”[33] represents these events’ past significance. Equally looking to the future, Catalonia’s leader-in-exile Carlos Puigdemont’s speculation that “perhaps there are not many [Catalans] who want to be part of this EU”[34] might flag the next chapter in this remarkable story.

Curtis Large is an MPhil student in Politics and International Studies at the University of Cambridge. He holds an MA in European Politics from the University of Dundee, having focused on nationalism and territoriality with respect to the EU. Curtis lives in Nottinghamshire, UK.

[8] M. C. Eritja, “Strengthening the European Union–Greenland’s Relationship for Enhanced Governance of the Arctic” in N. Liu, E. A. Kirk and T. Henriksen (eds.) The European Union and the Arctic (Leiden: Brill, 2017). p. 68.

[12] M. R. Blakeslee, “The Distant Island Problem: The Arbitration on the Delimitation of the Maritime Zones around the French Collectivité of Saint Pierre-and-Miquelon”. Georgia Journal of International & Comparative Law, 21(359) (1991): p. 360.

[13] C. Fleury, “Jersey and Saint-Pierre-et-Miquelon: The Influence of Geographical Marginalities and Cultural Resurgences on the Economic Development of Island Border Territories”. International Journal of Research into Island Cultures, 3(2) (2009): p. 38.

[15] B. Cousin and S. Chauvin, “Islanders, Immigrants and Millionaires: The Dynamics of Upper-Class Segregation in St Barts, French West Indies” in I. Hay (ed.) Geographies of the Super-Rich (Cheltenham: Edward Elgar, 2013). p. 186.

[28] D. Kochenov, “The Application of EU Law in the EU’s Overseas Regions, Countries, and Territories after the Entry into Force of the Treaty of Lisbon”. Michigan State International Law Review, 20(3) (2012): p. 734.

[30] N. Mrgudovic, “The French Overseas Territories in Transition” in P. Clegg and D. Killingray (eds.) The Non-Independent Territories of the Caribbean and Pacific: Continuity and Change (London: Institute of Commonwealth Studies, 2012). p. 92.