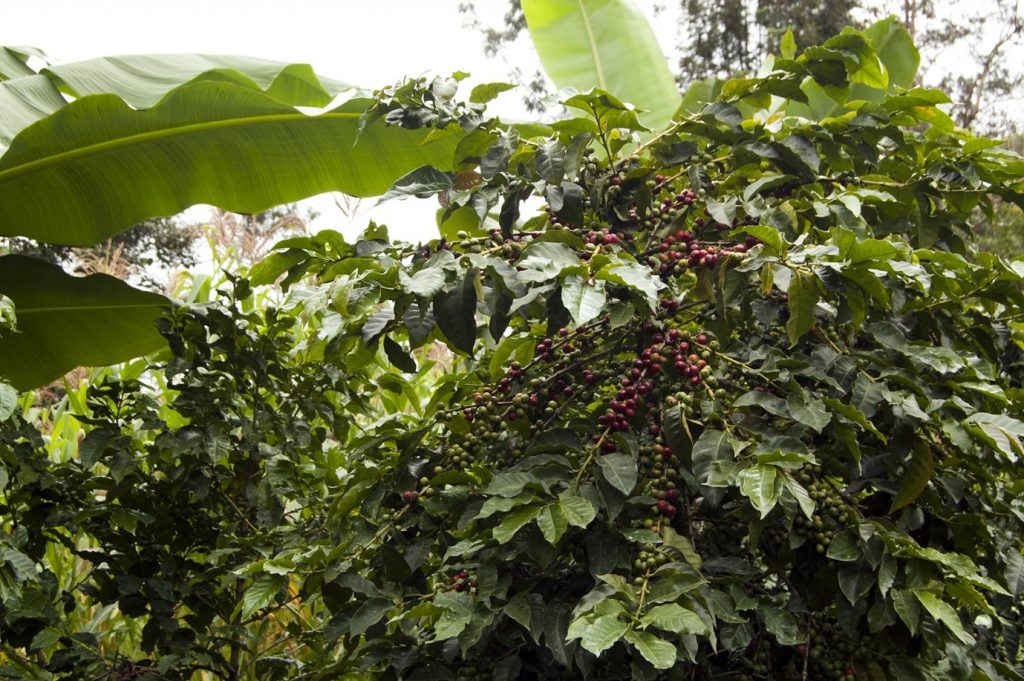 Kenyan Coffee: Enticing and Quenching an Imperial Thirst for Quality

In the past decade when a rising, global interest in specialty coffee has placed quality at the forefront of consumer interests, Kenyan coffee has consistently rated amongst the crème de la crème of the world’s expansive list of coffee-growing countries.[1] The ideal Kenyan coffee typically boasts a piquant profile: crisp acidity with recurring notes of citrus, blackcurrant and red berries, making for a unique, memorable and pleasant cup.

Despite sharing a border with Ethiopia, the often-assumed birthplace of the coffee plant, in 1893 Scottish missionaries became the first to plant coffee seeds in Kenyan soil.[2] Consumers were enamoured by the ‘blackcurrant flavours of Upper Kiambu’, and booming coffee exports quickly became crucial in the British settlers’ endeavour to begin yielding a recompense for the freshly constructed £11 million railway that spanned across the country from the coastal shipping outlet of Mombasa.[3]

Upon initial inspection, settlers had not found Kenya to be mineral rich, and coffee cultivation offered relieving remittances on the consequently ridiculed ‘lunatic railway’. By the 1920s coffee was Kenya’s principal export, and the sight of railway cargo containers brimming with coffee-filled jute sacks and freighting towards Mombasa symbolised the settlers’ first, hopeful steps in pushing the colony towards an economically self-supporting status. Moreover, after coffee leaf disease ravaged Britain’s previous principal coffee-bearing colony of Ceylon (modern Sri Lanka), Kenya offered an opportunity to recuperate market losses to foreign competitors. The Coffee Board reported: ‘half the [British] market belongs to foreign competitors… though, there is scope for Kenya publicity in the attempt to secure for our coffees a proportion of the market now held by foreign growths.’[4]

Although, to fulfil this apparent potential, the product had to sell. Initially, the entailed price of high-quality coffee proved initially problematic. Some coffee producing industries oriented around high-quantity, low-quality and consequently, low-price robusta coffee. Comparatively, Kenyan producers carved out a niche in low-quantity, high-quality and high-price arabica coffee. Samper notes ‘a trade-off between quality and production costs.’[5] For Kenyan coffee, an upmarket price tag reflected meticulous cultivation and the capital charged processing methods which assured consumers of the presence of desired taste properties.

The Coffee Board of Kenya took up the task of advertising Kenyan coffee and justifying its price tag to the British public. Similar to the advertising poise of the specialty coffee industry of today, the Board focused on winning over new consumers through a feat of assuring potential consumers that the price was not exorbitant but was rather a reflection of quality. On sales propaganda, the Board wrote:

‘Great patience is required to persuade people to change their coffee… it requires various methods of approach to bring about a change of set opinion… A number of hotels and restaurants buy coffee of the cheapest quality… Prices seems to be the main consideration and quality is regarded as of secondary importance.’[6]

Through various marketing manoeuvres, the Board tapped into nation-wide perceptions of awe and wonder at the beauty, expanse and success of ventures across the vast British Empire. In this way, an appreciation of Kenyan coffee, and the British settlers who produced it, became a facet in the imperial mind’s channel of awareness for the Empire’s enterprise.

Public knowledge of fine Kenyan coffee was bolstered through the ‘Snowball’ scheme, which sought to charm and educate consumers with a ‘personal touch’. Planters provided a list of their British contacts, each of whom were then sent a sample of freshly-roasted Kenyan coffee and a booklet entitled ‘Kenya coffee and how to brew it’.[7] The Coffee Board then asked these recipients to provide lists of their own contacts, and hoped that those contacts would in turn supply further contacts. Less than one year after scheme’s implementation, the list carried 11,000 names, and almost 50% of planters had provided contacts.[8] This system provided an immense means for information dissemination. Bull, the Board’s London representative wrote that, ‘The scheme… creates a never-seeking “peaceful penetration” of the name of Kenya Coffee into the minds of thousands of consumers over the British Isles.’[9] The Board keenly distributed these samples, booklets, and shop-window displays to British businesses. 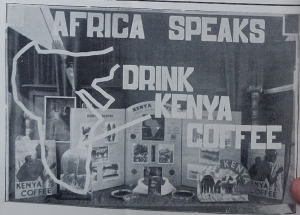 The Coffee Board’s monthly bulletin, whilst primarily acting as a means of distributing industry-oriented information, also proved to be substantial publicity. The Board distributed hundreds of colourful copies featuring picturesque photographs of coffee farms to businesses and individuals across the United Kingdom. Their efforts ensured that the reputation of Kenyan coffee was ubiquitously diffused across a growing, global ecosystem of organisations utilising imperial-produced goods. In exchange for coffee farmers purchasing tyres from ‘Gilfillan and Company’, the company had ‘sent a copy of the East African Standard… to every vessel in the British Navy… enclosing Kenya coffee publicity matter supplied by the Board… The Navy buys more Kenya coffee and thus planters can buy more tyres.’[10] The global, nebulous nature of the British Empire facilitated unprecedented platforms for marketing, dissemination of knowledge and advertising. British governmental agencies also readily promoted the colonies and their produce. Empire Exhibitions featured East-African Pavilions where the central features of cafes distributed cups of Kenyan coffee to spectators.[11] Such exhibitions attracted millions of attendees, and garnered significant media coverage in magazines and on the radio.[12] 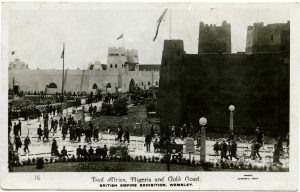 Photograph 2: A postcard from the Empire Exhibition at Wembley (1924-25) showing spectators walking to and from the East Africa, Nigeria and Gold Coast Pavilions. The Pavilions were designed so as to provide attendees with a ‘realistic experience’ of the colonies. Photograph: Campbell Gray.

Kenyan coffee inevitably became fashionable as these prevailing advertising systems popularised its name. The Coffee Board publicised a Briton’s purchase of a bag of Empire-grown Kenyan coffee as a means of encouraging the empire’s prosperity through indulging in one of its finest achievements. It is evident that how the Board and its representatives educated and informed the British public about the quality of Kenyan coffee in many ways proved as fruitful in scaling the industry as the physical properties, taste and meticulous cultivation of the product itself.

Philip is a candidate for the MPhil in Economic and Social History at the University of Cambridge. He has worked within the coffee industry for several years and his current research focuses on the development of the coffee industry in colonial Kenya, and on historical constructions of quality in coffee cultivation and marketing.

[5] M. K. Samper, ‘The Historical Construction of Quality and Competitiveness: A Preliminary Discussion of Coffee Commodity Chains’, in The global coffee economy in Africa, Asia and Latin America, 1500-1989 (Cambridge, 2003), pp 120-156.

For more on the arabica / robusta differences, click here.