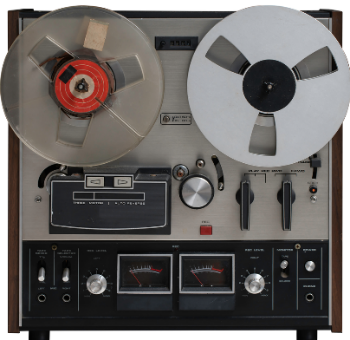 Oral history has grown exponentially in academic and public spheres from the 1960s to the present day. As historians focused less on the “great men” of history and moved towards the study of ordinary people, the discipline became increasingly democratised and helped to advocate for social change in the present.

By giving authorial control to the previously voiceless in society, oral history acts as a transformational tool in the creation of history as a holistic and collaborative discipline with the largest possible franchise. However, in the current ‘post-truth’ era, false information and media saturation have distorted our view of the past for political ends. As such, oral history’s reliance on narration through subjective testimony makes it particularly vulnerable to erroneous interpretation or exploitation. Thus, to maintain integrity within public discourse, the barriers and limitations of oral history must be clearly defined.

‘Who speaks for the past?’ is the question of self-reflection that anyone concerned with the democratisation of history should ask themselves. The use of the tape and the transcript do not automatically transfer authorial control to the narrator, and the interpretation of the testimony by the historian is as influential as the testimony itself. Katherine Borland’s That’s Not What I said speaks to this problem directly.[1] Borland frames her grandmother’s childhood tales as a gendered power struggle within American society, adding an interpretive layer to the testimony, which her grandmother rejected outright. Regardless of its political pertinence, Borland’s interpretation contradicted the fundamental principle of oral history that seeks to transfer narrative control to the oral history source.

Without adequately representing the intention behind the testimony, the historian still holds authority over the telling of the past and can manipulate the statements in any way they see fit. To mitigate these problems of misinterpretation, the historian must engage with the narrator throughout the construction of the historical argument. By taking into account the narrator’s intention in this regard, we can fully participate in the democratisation of history through oral testimony.

While oral history represents an egalitarian view of the past from a democratic perspective, it has a limited potential in providing counterarguments to the dominant ideas within public discourse.[2] Alastair Thomson’s oral history of Australia’s World War One (WWI) veterans demonstrates how individuals’ memories surrounding public events are shaped by the “broader commemorative trends” within wider society’s understandings of WWI.[3] Ultimately, memory formation for the people involved in an event does not occur in a vacuum. Rather, memory is compounded through a combination of lived experience and contemporary societal context. For this reason, Luisa Passerini argues that the use of memory represents a “facile democratisation” that reinforces dominant narratives under the guise of a democratised platform.[4] To move beyond this contextual barrier, the historian must incorporate wider understandings of the past into their analysis, and examine the extent to which their oral testimonies deviate from our normative conceptions of the past.

Furthermore, the reliance on memory as an analytical tool has been perceived as problematic for the wider discipline. When Mark Roseman undertook a series of holocaust survivor interviews, he found that their narration of events had been polarised, with some events being exaggerated and others repressed entirely.[5] While such memories are historically reductive from a factual perspective, such analysis allows us to use oral history as a psychological tool to deepen our understanding of the construction of memory and its relationship to experience, trauma, and our contextual surroundings. Thus, oral history is not always to be pursued for its relationship to empiricism. Rather, oral sources allow us to engage with history through the memory of the people who lived during the past, and what is omitted or altered from the source can tell us as much about the past as what is included.

Oral history is one of the most valuable tools a social or cultural historian can employ to understand memory construction and challenge singular narratives of the past. However, at the core of the discipline of history lies a power imbalance between historian and orator where endless categorisation and theory detracts from the sentiment of the oral history source. To minimise this exploitation that naturally occurs through history method, the oral historian must recognise their own biases and contextual limitations to fully engage with the past ‘as it was’.[6]

Author’s Bio:
Paul is an editor and coordinator of public history at the Scottish Centre for Global History. He is currently completing the MLitt in History at the University of Dundee, where he also completed his MA in History and Politics in 2019. Paul has a particular interest in contemporary African studies and the economic history of West Africa.