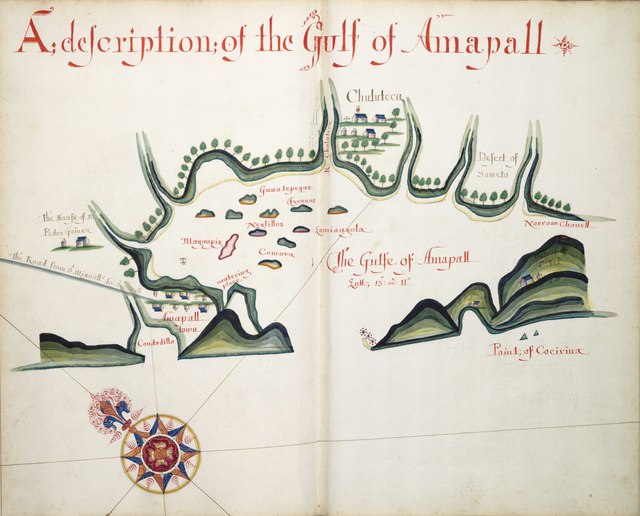 Home   »  Global History Blog   »   Why You Have (Probably) Never Heard of the Gulf of Fonseca, and What that Means for its Archaeology

Why You Have (Probably) Never Heard of the Gulf of Fonseca, and What that Means for its Archaeology

Thinking about the media, colonialization, nation-building discourses and their impact on the reconstruction of the precolonial past in Southern Central America.

The Gulf of …what?

Fair enough – it is not the biggest of Gulfs, and if you have never been to this neck of the woods, or if your research doesn’t have you poking around Central America, it is certainly legitimate if the name does not ring a bell. Still, as far as Central American (pre)history is concerned, it is a pretty significant place. Located on the Pacific Coast, and divided between the modern nations of El Salvador, Honduras and Nicaragua, the Gulf of Fonseca has been a point of contention for most of its history. 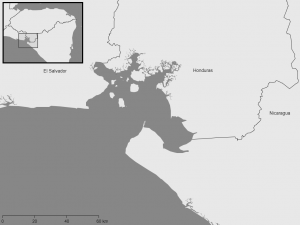 Figure 1 – The Gulf of Fonseca in Central America[1]

The diverse environments of the Gulf certainly made it a prime location to settle for past dwellers, with the numerous rivers flowing into the Gulf of Fonseca offering travelling opportunities inland and along the Pacific Coast. However, as much as we can hypothesize, we know relatively little about the region’s precolonial settlers compared to other areas in Central America. But where is this poor understanding of the Gulf of Fonseca rooted? Certainly not in the lack of precolonial occupation, as recent research is starting to show[2].

Reading into the “Historiographical Void” [3]

Part of the answer lies, I would argue, in the early colonialization of Pacific Central America. The first European landing in the Gulf of Fonseca is attributed to Andres Niño, in 1522. However, Niño probably didn’t step off the ship, and his description of the Gulf remained superficial at best. Only a century later does the first elaborate description of the Gulf enter in the books. Fray Alonso Ponce, a Franciscan chronicler, describes a fairly low density of indigenous settlements in the Honduran and Nicaraguan parts of the Gulf, as well as only two inhabited islands in the Gulf.[4] And while this was written over 150 years after Niño’s first account (never mind that records indicate that 90% of the indigenous population was eradicated within 30 years of conquest), this account somehow sparked the idea that this area was barely populated in precolonial times. This idea later persisted for over a century of Central American scholarship, leaving the claim uncontested.

Sitting right between the sphere of influence of the governorships of Nicaragua and Guatemala, the territory of the Gulf became a source of conflict from early on. Records hint at the fact that neither governor, seeing the Gulf as the outer periphery of their territory, really bothered for the land. They did, however, care and fight about the potential riches that were to be acquired through the enslaving of the population.[5] Before any record of its indigenous inhabitants appeared, the area was sacked and its inhabitants reduced to slavery. Since then, boundaries have stood in the way of building a precolonial narrative for the Gulf of Fonseca.

In the 1800s, stuck with flimsy borders inherited from imperial Europe, the newly independent states of El Salvador, Honduras and Nicaragua set out their national agendas. Nation-building discourses promoting these agendas soon resulted in territorial conflicts.[6] Already divided since colonial times and becoming a renewed geostrategic interest, the Gulf landed in the middle of this dispute. Foreign powers interested in the development of a trans-oceanic railway project and in a port on the Pacific certainly played a big part in fuelling and maintaining the dispute.[7] Although, legally, the territorial conflict was resolved in 1992 by the International Court of Justice, tensions continued well into the 2000s.

Figure 2 – View of the Gulf of Fonseca. The islands are split between El Salvador and Honduras, and are a continued source of territorial tensions.[8]

Central American Archaeology and the Media

Nation building discourses and boundaries are not the only ones that have maintained the myth of emptiness in the Gulf of Fonseca. The western media also holds a fair share of responsibility when it comes to misrepresentation of Central America’s past. By now, the idea that monumental archaeology is the only thing sexy enough to promote is well anchored in Central American archaeology. But archaeological scholarship has long fallen victim to this trend as well, leaving the archaeology of the Gulf of Fonseca and many other regions in Central America in the shadows of the Maya. The issue with this phenomenon is that it has not only resulted in visibility issues on an international level, but also on a local level.  With its strategies, the media has shaped what heritage should be considered of value, leading many communities to believe that there is no value in the archaeology surrounding them.

The Need for a Local Narrative in the Global Present 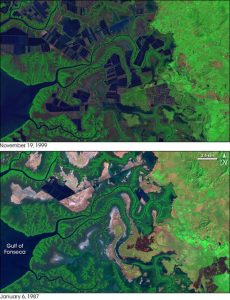 The Gulf of Fonseca’s contradictory status throughout history, as a contested periphery, has left its population one of the poorest in Latin America. Many of its inhabitants rely on a subsistence economy based mostly on traditional lifeways dependent on the environment. The traditional subsistence practices of fishing and mollusc collecting are progressively threatened by climate change, aquaculture and commercial overfishing. The planned development of large port facilities on the coast of El Salvador and on the island of El Tigre in Honduras, while perhaps boosting the regional economy, will come at the expense of the crumbling ecosystem.  Creating a tri-national narrative of the Gulf’s precolonial past then holds the potential of raising much needed awareness to the value of landscapes in which people have been living, hidden from global records, for over two thousand years.

Author’s bio: Marie Kolbenstetter is a PhD student in Archaeology at Leiden University. Her ongoing research focuses on the precolonial communities of the Gulf of Fonseca (AD 200-1521), their agency within regional networks of exchange and human-environment interactions. She also blogs about Central American archaeology and her research on https://marieandherpots.wordpress.com/blog/.